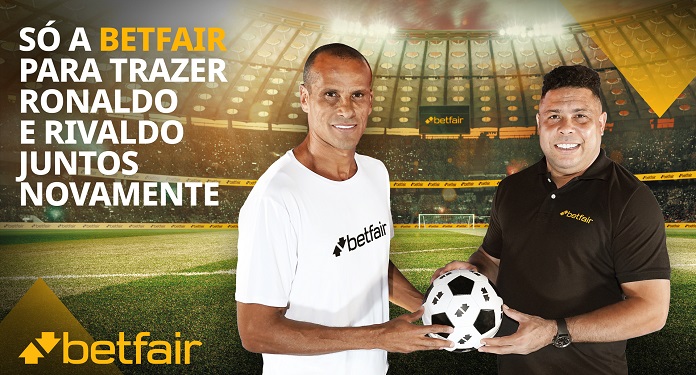 Millions of Brazilians still remember every detail of the celebration of the Brazilian team’s fifth championship in 2002. But it’s been two decades since the team of stars, led by Rivaldo and Ronaldo, beat Germany in the final. And since 2002, the two players haven’t met for an interview.

Proving that every result is possible for Betfair, the bookmaker joined the two football legends, both elected best in the world, to record an interview for the Betfair Match Day program. Tiago Leifert, who acts as the creator and artistic producer of the attraction aired on Sundays on YouTube, conducted the interview.

“When we confirmed the debut of Betfair Match Day with Ronaldo in attendance, we understood that there was a unique opportunity to also invite our ambassador Rivaldo to make history in a joint interview,” said Kimberley Daly, Director of Marketing at Betfair.

“The two were protagonists in winning the 2002 title and have a special place in the hearts of Brazilians. This kind of unique experience is what Betfair can offer football fans: reliving an emotion and fueling the possibilities of celebrating that feeling again in the near future because for Betfair, every outcome is possible.”

Betfair has already shared on social media the moment of the reunion behind the scenes of the interview. Rivaldo and Ronaldo ‘Fenômeno’ spoke with Tiago Leifert about their expectations for the 2022 World Cup in Qatar and believe that there are reasons for fans to have faith in the possibility of the Brazilian national team bringing home the sixth championship.

In addition, the five-time world champions analyzed the opponents of the group stage, the moment of other favorite teams, the possible stars, and of course, the quality of the players that must defend the canary team in the Cup.

“Interviewing the two protagonists of Penta 20 years later is every journalist’s dream. I also took this opportunity to talk about the future and find out what they think about the current national team and the upcoming World Cup”, said Tiago Leifert.

The first part of the interview will air this Sunday, May 22nd, on Betfair Game Day. The attraction, which brings valuable information to sports fans about betting, is shown from 3 pm on the Betfair Brasil channel and on channel 3 in the YouTube Area, on Ronaldo TV’s Twitch and also follows live one of the main games of the Brasileirão round.

One of the largest online sports betting providers in the world, Betfair is an official sponsor of CONMEBOL Libertadores and CONMEBOL Sudamericana. The company, founded in London (ING) in 2000, pioneered the provision of peer-to-peer betting (Betfair Exchange) and manages a range of sports betting, entertainment events and gaming products for more than four million customers over 18 years of age.

Thanks to its cutting-edge technology, the platform offers a wide catalog of products that allows you to bet with your own odds and odds offered by other users. Betfair is licensed to operate online betting and other gaming in 19 countries including Spain, Italy, Malta, Colombia and Great Britain.