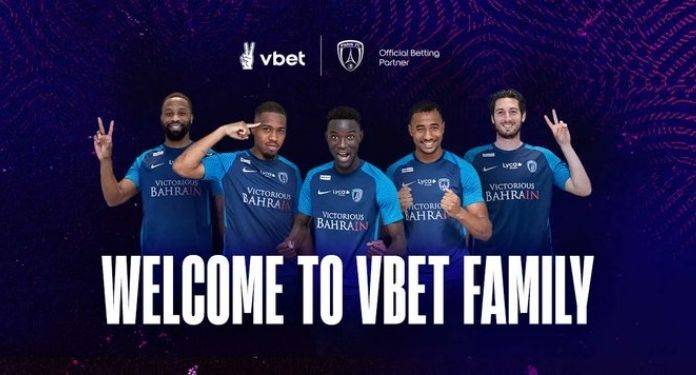 VBet has agreed to become the new sports betting partner of Paris Football Club, joining forces with the French team for the remainder of the 2021/22 season as well as the following 2022/23 campaign.

Paris FC, which plays in France’s second tier of football, Ligue 2, could join its high-profile neighbors in Ligue 1 next season. Paris Saint-Germain (PSG), one of the richest and most popular clubs in Europe, is in France’s top flight.

The partnership provides additional visibility for the VBet brand, with its logo placed in prominent positions at Stade Charléty, the home stadium of Paris FC. The VBet branding will also appear on the team’s uniform for the next 18 months.

The agreement covers both the men’s and women’s teams, who play in Ligue 2 and D1 Arkema respectively.

David Ozararat, CEO of VBet, commented: “We are very happy to support Paris FC. It is a great opportunity for VBet to be present alongside the Parisian club, which is followed by loyal and enthusiastic fans. The club has been gaining strength and is in the top three of its championship and has the means to live up to its ambitions”.

The history of Paris FC and PSG

The club shares a close relationship with PSG, having originally been one of two teams involved in the formation of the French giants in 1970. Paris FC, which had been formed a year earlier, merged with Stade Saint-Germain to form PSG

Due to differences of opinion, Paris FC split from PSG two years later, and have been playing in the lower divisions of French football ever since.

Pierre Ferracci, President of Paris FC, said: “We are delighted and proud that VBet is joining the Paris FC partner circle. This new collaboration, with a very dynamic player in its sector of activity, illustrates the attractiveness of Paris FC. and its development project in France and internationally”.

“I would like to thank VBet for their support and for the great trust they have shown in us. Welcome to VBet with Paris FC”, concluded Ferracci.

VBET is an international online betting company based in Armenia. The business was founded in 2003 by Vigen and Vahe Badalyan. The bookmaker’s name was created from the initials of the two founding brothers, as well as their father’s.