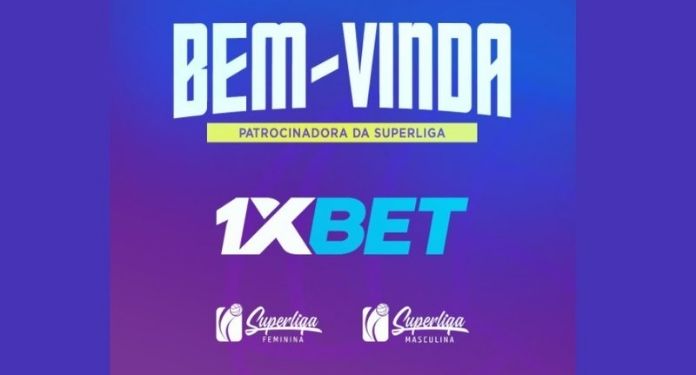 1xBet, a betting site recognized worldwide, acquired the naming rights of the Men’s and Women’s Volleyball Superliga. The agreement will last until the end of the 2022/2023 season.

From now on the two competitions will be called Superliga 1xBet, with the brand logo being displayed in the main spaces of the gyms that will host the next matches.

Marcelo Hargreaves, director of the Superliga and new business at CBV, commented on the agreement: “The Superliga is a product that reflects the relevance of volleyball. We were very pleased with this agreement with 1xBet, a company that has investment in its DNA in sport”.

“This agreement makes it possible to carry out projects that will show relationships between volleyball and other cultural aspects, such as games and entertainment, in addition to demonstrating not only the media potential of volleyball, but also the consumption of its fans”, concluded Marcelo.

In sport, the brand sponsors the Italian Football League (Serie A) and clubs such as Barcelona and Lyon. In Brazil, it has partnerships with the Campeonato Brasileiro, the Campeonato Paulista, the Supercopa do Brasil, MIBR, and also the naming rights of the Campeonato Cearense.

Recently, 1xBet was announced as the new sponsor of one of the main eSports teams in the country, MIBR. Monster Energy was also confirmed as one of MIBR’s partner brands, as the group wants to get closer to the eSports universe.

From now on, the betting company will be the team’s master sponsor, increasing its participation in the competitive eSports segment.

In addition to this support with the Brazilian organization, 1xBet is a partner of European football giants such as Lyon (France) and Barcelona (Spain), as well as LaLiga.

About the betting company

This is an online gaming and betting company licensed by the Curaçao eGaming License. The group was founded in 2007 and registered in Cyprus. In 2019, 1XBET underwent a significant expansion process by closing sponsorships with clubs in the first division of English football.