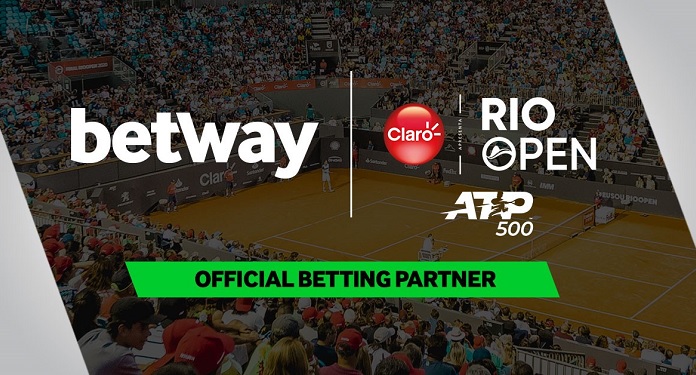 The leading online gaming and betting brand, Betway has announced its sponsorship of the Rio Open tennis tournament. The agreement for the 2022 and 2023 editions will allow the brand, owned by the Super Group, to become a premium betting partner, with the agreement including association rights as well as the insertion of the brand on the courts.

Betway will also be integrated into the tournament’s social and digital media, with the brand and the sporting event committing to producing engaging content for all tennis fans.

The Rio Open is held on eight clay courts in an arena with a capacity of 6200 people, and has been won by some of the biggest names in the sport since its inception in 2014, including Rafael Nadal, David Ferrer and, most recently, Cristian Garin.

He added: “The tournament is always disputed by the greatest talents in the sport and the association with it is another moment of pride for the Betway brand.”

Marcia Casz, Director of Rio Open, stated: “It is a pleasure to have such a large brand as Betway in the Rio Open portfolio. We are very happy to have one of the leaders in her segment as a partner in the biggest tennis event in Latin America and we hope to maintain this partnership for many years to come.”

Betway Group is a global online gaming and betting company, owned by the Super Group, with multiple products and brands operating in major markets across the globe. The group was founded in 2008.

Aposta Brasil is the new commercial partner of Control+F5 Gaming