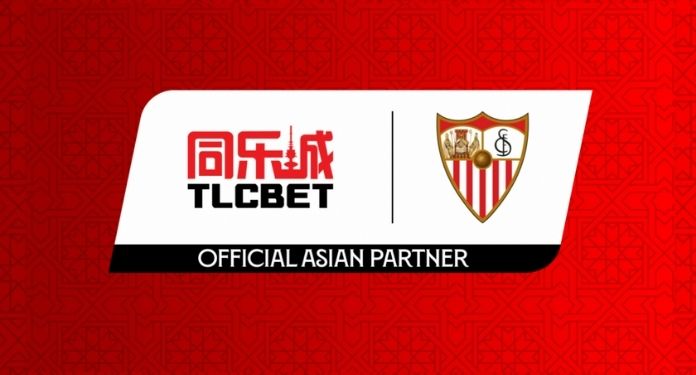 TLCBet will continue to serve as Sevilla FC’s official betting partner in Asia after both parties have agreed to extend their ongoing relationship.

Trying to capitalize on football’s popularity in several Asian markets, the Spanish team will continue to work with the Philippines-based betting company to drive engagement in the region.

Sevilla reiterated their confidence in the company, crediting the success of their partnership to TLCBet’s “robust acquisition and retention rates”.

“In line with Sevilla FC’s great international growth project, it is vital for us to unite our brand with growing and innovative companies like TLCBet,” said Jorge Paradela, General Manager of Business at Sevilla FC.

“This enduring betting partnership agreement in Asia marks another important step for our club and another key building block for international construction, even against the challenging economic backdrop that many elite clubs are facing across the planet,” added Paredewla.

A successful partnership for TLCBET and Sevilla FC

Through this renewed agreement, the six-time Europa League winning club will have access to more exclusive content, offers and experiences from TLCBet.

Sevilla also intends to make greater use of its Asia-facing social media channels, particularly Weibo and WeChat, which are popular with East Asian and Chinese audiences.

A TLCBet spokesperson celebrated the continuation of their relationship with Sevilla: “We are excited to reinforce our continued association with European teams of Sevilla’s reach and prestige.”

“Working alongside a club that boasts a successful track record in European football’s elite underscores our commitment to growing La Liga followers.”

“We can’t wait to see the club achieve even greater achievements in both La Liga and European tournaments throughout 2021/22 and beyond,” concluded the spokesman.