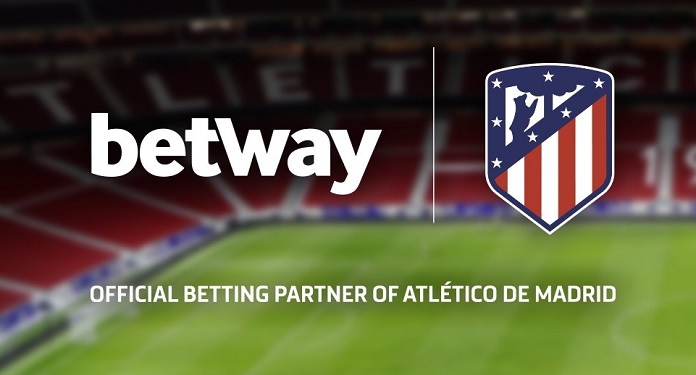 Online betting and gaming company Betway has announced a deal with current Spanish Premier League champion Atlético de Madrid. This global partnership will be valid for the next two years, but will not cover the Spanish and Asian market.

The contract establishes that Betway, which is part of the Super Group, becomes the official sports bookmaker of the club, eleven times winner of the Spanish football league.

In addition, the brand will be on the Metropolitan Stadium’s LED advertising panels in both national matches and European competitions, achieving enormous exposure in international territories.

Betway will have access to the Spanish club’s squad

Betway has a huge list of partnerships and this agreement with the Spanish team further expands its desire to close contracts with the main football teams and support the most important sporting events on the planet.

Werkman continued: “We are thrilled to have an agreement with one of the biggest clubs in both La Liga and the Champions League in Europe; two of the most watched sporting competitions in the world. With a team full of internationally known names, this partnership will bring more exposure for our brand, which has an ambitious global vision.”

Iñigo Aznar, Commercial Director of Atlético de Madrid, also spoke after signing the contract with the bookmaker. “We are excited about our partnership with Betway outside Spain. They are one of the main players in their sector, which will represent an important support for the club’s international expansion strategy.

Aznar concluded: “We are looking forward to starting working together and making this partnership a great success for both Betway and Atlético de Madrid.”

Betway is a reference in the online entertainment segment through innovative and exciting sports betting, casinos and eSports betting. Created in 2006, the company operates in several regulated markets and strives to offer its players a personalized, fun and informative experience, based on a healthy, safe and responsible gaming environment.