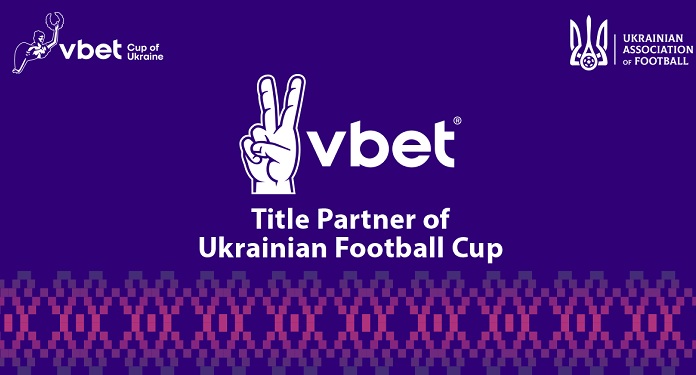 VBET, the global betting and gaming operator, is the new “Ukrainian Football Cup Official Partner”, as announced on the Ukrainian Football Association website. Lasting for three seasons, the agreement will help develop the competition and Ukrainian football in general.

“The Ukrainian Cup is a national tournament that allows small towns and villages to experience football at the highest level, and residents to see with their own eyes the top Ukrainian teams playing European tournaments and including national team players,” commented Anton Svitlychny, representative of VBET.

Svitlychny continued: “Our company is proud of the new partnership. We present some news for the Ukrainian Cup, which will symbolize a new stage in the tournament’s development. We are confident that in this and future seasons we will see fierce competition at every stage and with as many memorable games as possible.”

“We are extremely pleased to welcome the new Ukrainian Football Cup starting partner, VBET. This partnership adds even more status and opportunities to the most important and unpredictable tournament in the country”, said the Association’s first vice president, Oleg Protasov.

Protasov added: “We are convinced that the partnership between our organization and VBET for the development of the Ukrainian Cup will make the tournament even more brilliant and exciting. We hope that all participants will do their utmost in the fight for the coveted trophy!”.

VBET had already established partnerships with the Ukrainian Premier League and the Super Cup, as well as FC Oleksandriya. With 18 years of industry experience and being powered by the software provider BetConstruct, VBET comes with a wide range of casino games and poker tournaments for Ukrainian players, as well as new products.

VBET’s entry into the Ukrainian regulated market is an important step towards increasing its global presence. In addition, the global brand is a sponsor of AC Monaco, Alliance Cybersport, Portsmouth FC and other sports teams and competitions.

Sponsor of São Paulo, Sportsbet.io will pay bonus to the club in case of...