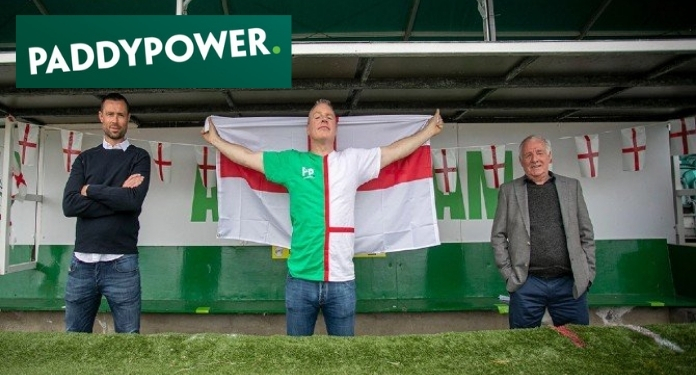 The Irish bookmaker has pledged to contribute €10,000 for every goal England scored in the recent Euro 2020 tournament, with a guaranteed minimum donation of €100,000.

England ended the tournament with 11 goals, with Paddy Power deciding to pay the full amount in pounds sterling, with the total converted to €128,000.

In a statement posted on LinkedIn, Flutter Entertainment said the following:

Paddy Power’s campaign was undoubtedly helped by England’s success in the competition, with the country narrowly missing a first European Championship trophy, seeing Italy defeat the ‘Three Lions’ on penalties at Wembley earlier this month.

As such, the company conducts its business through a network of licensed betting shops in the United Kingdom. And, operating Ireland’s largest telephone betting service.