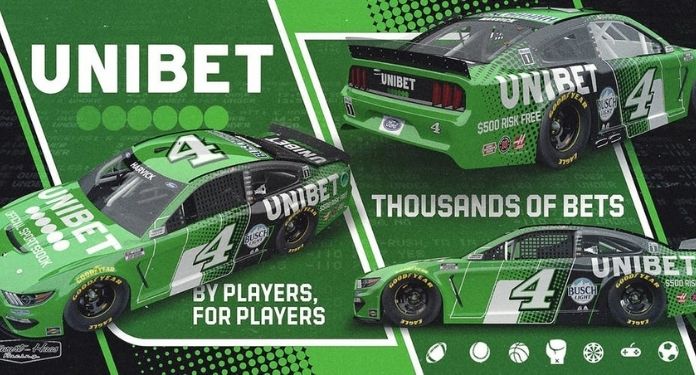 The Unibet brand, a subsidiary of Kindred Group, has teamed up with NASCAR winning team Stewart-Haas Racing and driver Kevin Harvick to further expand its presence in the United States, particularly in motorsport.

Under the contract, the company will also be the principal sponsor of two NASCAR Cup series at the Indianapolis Motor Speedway and the Martinsville Speedway. The brand will also be one of the supporters during the NASCAR Xfinity Series race in Indianapolis.

Manuel Stan, Kindred Senior Vice President USA, said: “Sponsorship is an important part of our marketing efforts in the states where sports betting is legal. Racing fans are extremely passionate about their sport and, in particular, their favorite driver.”

Stan added: “Unibet exists for this reason, to increase fans’ passion for their sport. Our platform is straightforward, easy to understand and full of insights that allow our players to place bets. Integrating Unibet into the sport that fans watch and cheer for is the best way to tell our story.”

Brett Frood, the president of Stewart-Haas Racing, also spoke publicly about the arrangement. “We are proud to represent and work with Unibet, now and in the future. Fans are the lifeblood of our sport and Unibet offers a new and insightful way for fans to engage with our sport in a meaningful way.”

Frood concluded: “We are looking forward to starting our partnership with Unibet this weekend in Pocono, where Pennsylvania residents can experience Unibet’s offerings first hand.”

Exclusive: ‘If you have a clear, objective and solid market, the investment will be...