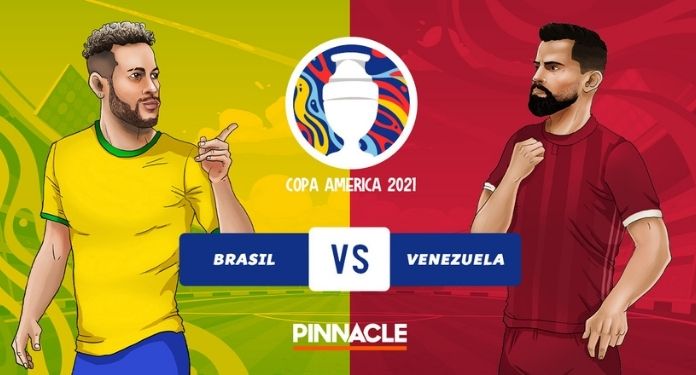 Two of the main championships between teams on the planet start this weekend. The kickoff of the Euro Cup takes place this Friday, 11th, while the Copa America starts this Sunday, the 13th. With this in mind, bookmaker Pinnacle has launched new betting markets and forecasts for the two football competitions.

In order for players to get the most out of tournaments, Pinnacle has added new features. In case the player is confident that an athlete will score goals in a game, the company has announced the ArtMarket Scorers’ as part of the pre-match offer. If you believe the player is in bad shape, just join the fun Player Scoring Yes/No’ markets.

And, regardless of what is happening on the pitch, the bettor is guaranteed excitement with ‘Minute Markets’. Pinnacle has made available ‘money line, handicap and total goals’ options for specific 15-minute breaks in the game when you anticipate the match will change. Minute markets are available before the game and live.

Already in ‘Markets to Advance’ in pre-game and live offers, the football fan can guess which teams will advance in the knockout stages. While the ‘Victory Method Markets’ provide the opportunity to choose whether a team will ensure triumph on the field. In addition, the bookmaker will have several ‘Overtime and Penalty Markets’ for knockout clashes and no winner defined in the 90 minutes.

Pinnacle has also released some predictions for the start of the Euro group stage with data on national teams, information and analysis of the matches, as well as tips from favorites and other insights.

In group A, the betting market gives Italy more than a 60% chance of debuting with a victory over Turkey, while Switzerland also emerges as favorites against Wales. In group B, the current leader of FIFA’s national team rankings, Belgium should have no problems beating Russia, in the same way that Denmark tends to overcome Finland.

The trend in bracket C is for Australia and the Netherlands to take three points in the opening round against Northern Macedonia and Ukraine respectively. In Group D, England and Croatia relive the 2018 World Cup semifinal, but the English emerge as favourites. The betting market, on the other hand, points to balance in the other clash of the key, Czech Republic and Scotland.

After reaching the quarterfinals of Euro 2016, Poland has a good chance of beating Slovakia in group E. In the biggest discrepancy between the teams in the opening round of Euro according to Pinnacle’s predictions, Spain is the clear favorite in the clash with Sweden.

Group F brings the most anticipated match of the first round with identical odds for current world champions France and 2014 World Cup winner Germany. And finally, the betting market indicates that Portugal, which defends the Euro title, accumulates more than a 60% chance of getting the three points over Hungary.

By having the possibility of securing the title in their domains, England appears as the main candidate in the futures betting market, quoted at 4,760*. But France (6,370*) has an extremely talented team and appears in the second place in the ranking.

With the forecast of ending the Joachim Low era ahead of the team, Germany is in contention, quoted at 7.930*. Led by Cristiano Ronaldo, Portugal arrives to defend the title with quotes of 9,110*.

Pinnacle’s predictions for the Copa America

After Conmebol announced the move of headquarters from Colombia and Argentina to Brazil, Copa América will start on Sunday with Group B matches. Host team, Brazil have a relatively easy debut against fragile Venezuela. In addition, the current champions arrive packed by the campaign with 100% success in the South American Qualifiers.

Closing the key, Colombia emerges as favorites to overcome Ecuador. The two teams recently crossed paths in a qualifying round in an Ecuador-dominated clash that resulted in a rout and the fall of coach Carlos Queiroz.

The group A will debut on Monday, 14. The Argentines gave up receiving the event, but arrive with Lionel Messi and the expectation of starting the campaign with victory over Chile. The betting market, on the other hand, gives Paraguay almost a 60% chance of starting the competition with a triumph against Bolivia.

In recent editions, Argentina has suffered hard falls in Copa América, being runner-up in four of the last six editions. However, the team appears with a slight advantage as a candidate for the title, but as always their income will depend considerably on Messi.

Brazil managed to be champion without its main player, Neymar, who will be on the field this time. Undefeated leader of the Qualifiers, Brazil enters to defend the 2019 title. Colombia, in turn, appears in third position and with the intention of overcoming the campaign that led to the quarter finals in 2019.