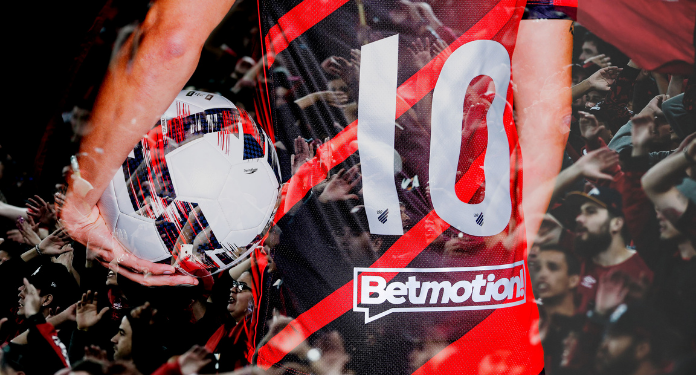 Club Athletico Paranaense closed official sponsorship with Betmotion. The betting site will print its brand on the athletic shirt, with good exposure for visibility of all fans.

The partnership also provides for exposure in the broadcasts of Hurricane Live, the club’s streaming platform that broadcasts all matches in the Brasileirão in which Athletico is home.

Betmotion will carry out exclusive actions for Hurricane Members during game broadcasts. And Athletico will provide bonuses and advantages within Betmotion to its fans.

The debut of the Betmotion brand in the Athletico uniform will be next Sunday (13), in the match against Grêmio, for the Brazilian Championship.

“Athletico welcomes Betmotion, one of the biggest sports betting entertainment sites. We are proud of this partnership, which we want to be very lasting”, says the Commercial and Institutional Relations Director at Athletico, Mauro Holzmann.

“Athletico Paranaense is a pioneer in many actions and there is nothing better than promoting national sport alongside those who seek to improve football. Both parts have the characteristic of being innovative and I can say that the rightness goes far beyond the brand on the shirt. The fan can expect actions in conjunction with activations”, says Angelo Alberoni, Country Manager at Betmotion.

A pioneer in the field, Betmotion acts on several fronts and works with more than 40 providers, having more than 3,500 games in different areas, such as sports betting, bingo and casino, among other activities.

It has a team of more than 100 people spread across Latin America and Europe and offers 24-hour service to users.

In Brazil, he helps promote the sport as an official sponsor of Novo Basketball Brasil (NBB) and has Cristiane, a female soccer player on the Brazilian national team, as an Ambassador. In 2020, Betmotion was present in the transmissions via streaming of the Brazilian Women’s Championship A1, Italian and German Championships and in Stockcar, on TV Bandeirantes.