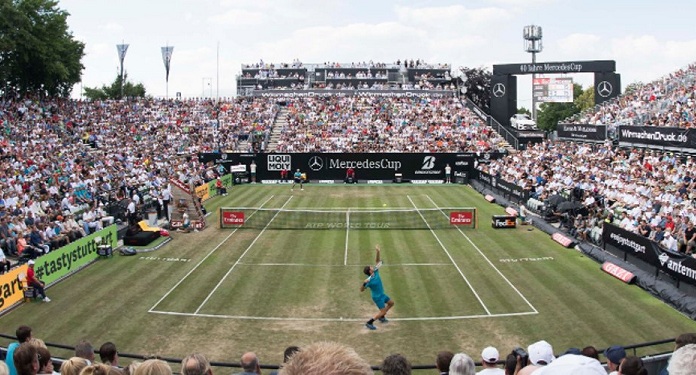 Online bookmaker Betway and the Mercedes Cup have announced a betting partnership. According to the contract, the betting company will have exclusivity for the next three years with the prestigious professional tennis championship.

Held at the Tennis Club Weissenhof in Stuttgart, Germany, the tournament is part of the ‘ATP250 Tour Series’ and opens the season on the grass courts. The event will feature some of the greatest tennis players in the world, including Rafael Nadal, Dominic Thiem and Roger Federer.

“We are delighted to become the ‘Official Betting Partner’ of the Mercedes Cup. We continue to show our support for tennis around the world and look forward to being part of such a historic event,” said Anthony Werkman, CEO of company.

Edwin Weindorfer, tournament director of the Mercedes Cup, also spoke about the new commercial arrangement: “In difficult times like this, we are very happy to have signed a sponsorship agreement for MercedesCup with a successful global company like Betway. As a global player, Betway focuses strategically on tennis. This shows that tennis works very well as a communication platform ”.

Weindorfer added: “MercedesCup is at the center of Betway’s international operations – not just due to the comprehensive offering of live TV broadcasting, digital presence and innovation, as well as social media initiatives and fan engagement highlighted on the grass court. at TC Weissenhof ”.

Betway is a global online gambling and betting company that operates in regulated markets. Launched in 2006, the company holds licenses in countries such as the United Kingdom, Malta, Italy, Denmark, Spain, Belgium, Germany, Sweden, Mexico, South Africa, Portugal and Ireland.