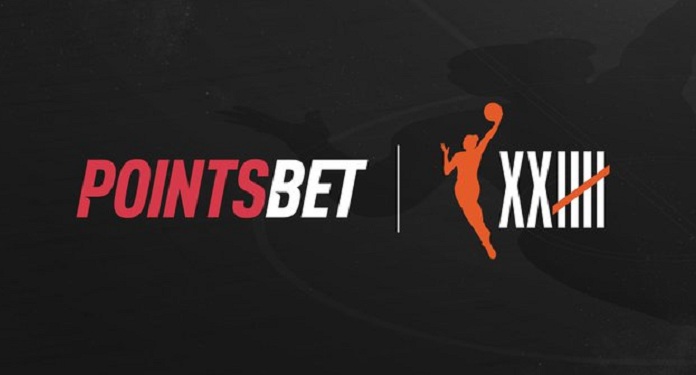 Sports betting company PointsBet has partnered with the Women’s National Basketball Association (WNBA). It is the first agreement of a women’s sports league with the bookmaker.

The licensing agreement allows PointsBet to use the WNBA logo and the images of the players on their platforms to increase brand awareness. The company wants to position itself by offering sports betting among female sports fans. The financial terms of the one-year contract have not been provided.

In a statement, WNBA representative Cathy Engelbert said the settlement with PointsBet will provide a second screen digital experience. This cooperation will provide WNBA consumers with a new way to watch games full of PointsBet betting odds.

“Innovating at the WNBA and improving the fan experience begins with recognizing how our fans want to interact with players, teams and the league,” said Engelbert.

In October, ESPN said the WNBA Finals three-game series between Seattle Storm and Las Vegas Aces averaged 440,000 viewers, with Game 3 averaging 570,000. The revealed that the decisive game registered a 34% increase in the number of spectators in relation to game 3 of the 2019 WNBA finals.

The bookmaker believes in the growth potential of betting activity linked to women’s sport. PointsBet points to the success of the 2021 women’s college basketball tournament as proof that women’s sports also tend to attract punters.

In April, ESPN announced that the title game between Arizona and Stanford had an average of about 4 million viewers and peaked at 5.9 million. The broadcaster said it was the most watched women’s sporting event since 2014.

“We are excited to align ourselves with the WNBA and bring the world-class PointsBet experience to one of the most digitally engaged fan bases on the planet. WNBA has done a phenomenal job with the growing involvement of fans, and PointsBet is excited to be part of this process going forward, ”said PointsBet CEO Johnny Aitken.

With its headquarters in the United States located in Denver, PointsBet is also preparing for the future of live betting. In March, the company acquired Banach Technology. Live betting allows players to micro-bet during games.