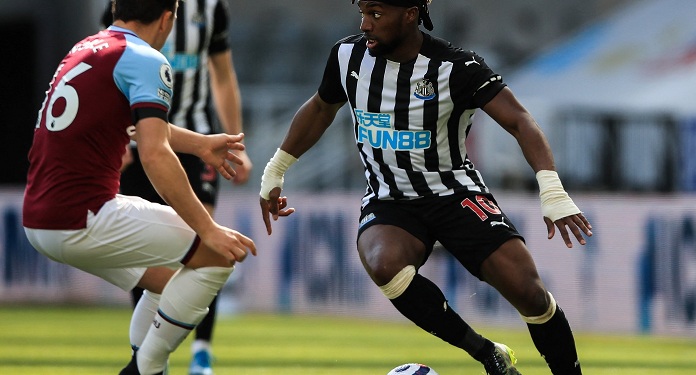 Bookmakers are gaining more and more space on the world sports scene. Millions of fans make their guesses at sporting events around the planet, and the industry continues to expand. Thus, the performance goes beyond the internet and reaches the colors of some of the main teams in the world, as already happens in the Premier League (English Championship).

The matter became a matter on the UOL Portal, reporting the betting market, which moves approximately 14 billion pounds in the country. In all, £ 6 billion came from online transactions. The information, obtained between 2018 and 2019, may change due to the imposition of rules of social isolation in the midst of the pandemic and the restriction of displacements in the country.

In addition, you can see this rise in online betting in several other parts of the world. This increase in adherence to bookmakers is closely linked to football. Today, eight Premier League teams are partnering with betting companies: Burnley, Crystal Palace, Fulham, Leeds, Newcastle, Southampton, West Ham and Wolves.

The list includes relevant teams, some traditional, such as Newcastle, who watch their sources of income increasingly dependent on these businesses. This situation, however, may change soon.

Prime Minister Boris Johnson is working with government and sports organizations to reduce the participation of companies in the segment in professional championships. There is a fear that this high profile could trigger a problem for society. The aim is to revise and update the 2005 Gaming Law.

English clubs, however, are fearful of these likely changes. Managers point out that there is no way to control the actions of third parties just by showing certain brands on their shirts. They also claim that they cannot afford to spend resources in the midst of a severe financial crisis, which is having a severe impact on sports.

While the pandemic is not completely controlled and vaccination is proceeding slowly, tournaments cannot count on cheering. In this way, the teams stop collecting with box office and other promotions. The interruption of the calendar last season also impacted the distribution of television rights, causing even more problems, especially for clubs with less resources.

In the middle of last year, a specialized group to discuss the Gambling Law in the country indicated that bookmakers should no longer be allowed to have their brands displayed on club uniforms, as a measure to reduce the number of bettors, above all, in the midst of the health crisis.

In late 2020, the Johnson administration launched a series of discussions on the subject. And it determined that a new legislation be studied until the end of March 2021, only that a consensus was not reached. So far, the main forces of English football are waiting for an update on how betting companies will be able to perform in professional football.

In an interview with Sky Sports News, a representative from the government’s Department of Digital, Culture, Media and Sport said the decision requires caution, so that none of those involved will lose out on the new legislation. “We are conducting a comprehensive review of the laws so that they are suitable for the digital age and also for the time of clubs, eager for new forms of sponsorship,” he said.

Premier League chief executive Richard Masters emerges as a supporter of teams and bookmakers alike to act freely. In November, he said: “If there is a need for rebalancing, that’s fine, but we don’t think there should be a ban on sponsorship of football clubs. That can’t happen.”

The president of EFL, the second division of English football, Rick Parry, has looked at the loss of revenue for clubs if the possibility of a deal with the gambling and betting companies is really vetoed. “It would be potentially catastrophic if it happened, even more suddenly. It would create great difficulties. Over time, frankly, clubs would need to find a way to adapt, but that can take time,” he concluded.