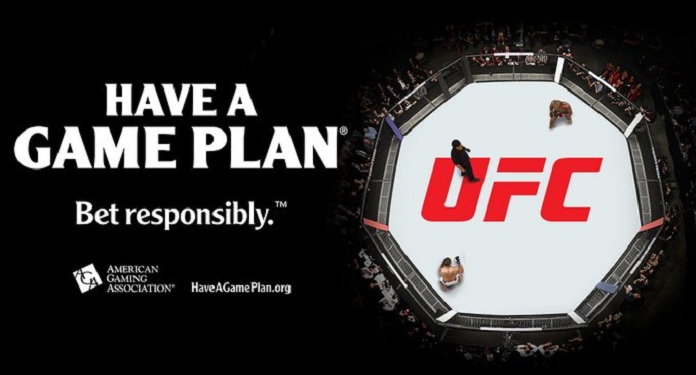 Thus, the mixed martial arts organization started to support the cause “Have A Game Plan, Bet Responsibly”, a public campaign by AGA that aims to educate sports fans about the importance of responsible sports betting.

The UFC will use its own digital channels, broadcast and event venues to promote the campaign, which was launched by the U.S. entity in 2019.

Miller continued: “We are grateful to see this campaign grow as expressive leagues like the UFC lend their voice to this important effort. The UFC’s commitment is essential to involving, educating and encouraging its fans – some of whom may be placing bets for the first time – to bet responsibly ”.

UFC President Dana White commented: “We have the most passionate and obstinate fans of any sport and they love to bet on the UFC, but it is important that they do it responsibly.”

Dana White added: “We are proud to work with AGA and support this campaign to encourage our fans to make smart decisions and promote responsible gaming.”

The expansion of legal gambling in the United States offers sports fans the opportunity to interact with their favorite teams and tournaments in a new and fun way.

Therefore, AGA and its partners are committed to ensuring that people are playing safely and responsibly. “We are going to keep sports betting fun. So, have a game plan to bet responsibly ”, appears on the entity’s official website.

For the first time, App7 is a finalist for the SBC Awards