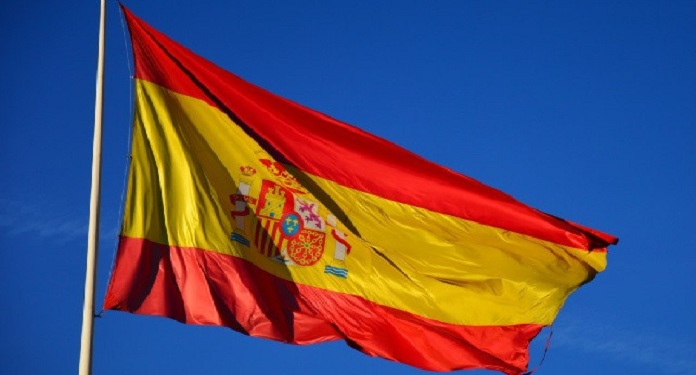 Sports betting operators in Spain suffered a major impact in 2020, thanks to the combination of the coronavirus pandemic (Covid-19) and the country’s gambling regulator and Ministry of Consumer Affairs that cracked down on the industry’s main source of customer acquisition and brand recognition.

The number of announced restrictions on game marketing was such that by the end of this year it will result in a real ban on game advertising on almost all channels. Although the bill published by the Spanish government last February seemed less harmful to sports betting than vertical ones, it was clear that there would be no special treatment for sports betting.

The draft regulation proposed that advertising on TV and radio could only take place between 1 am and 5 am, but with the exception of advertisements related to live sporting events. However, the advertising plan for this segment, to be allowed between 8 pm and 5 am, was withdrawn from the updated proposal provided to the European Commission in July.

In addition, the original proposals for stricter sponsorship regulations have become a complete sponsorship ban, while a € 100 bonus limit has become a total ban on incentives for new players.

Most of the provisions of the Royal Decree on commercial communications for gambling activities, which were approved in November, have not yet entered into force, but it can be assumed that they will be extremely damaging to Spanish bookmakers.

A look at what happened to the Spanish gaming market in the second quarter of last year, when the government introduced temporary advertising bans because of Covid-19, gives an idea of ​​what is to come. Between April and June, the number of active participants decreased by 29.4% in the quarterly comparison and 25.3% in the annual comparison.

Since the advertising ban now extends to sponsorships, it will be harmful not only for operators, but also for sports associations. The gaming industry is the biggest sponsor of LaLiga (Spanish Football Championship) clubs, with 35% of the current sponsorship of active league shirts being gambling or betting companies.

However, in October, the Spanish Ministry of Consumer announced to all top-tier football teams stating that any sponsorship agreements already in place must be closed at the end of the 2020-21 season.

And it’s not just the removal of T-shirt offers that will hurt – according to the European Gaming and Betting Association (EGBA), the sponsorship ban will have a negative impact on 41 of the 42 teams that make up LaLiga. Arriving at a particularly bad time for clubs, the EGBA estimates that they have already suffered up to € 80 million in advertising revenue lost as a result of Covid-19.

Meanwhile, land-based operators have faced their own problems, with the introduction of restrictions on opening hours and the imposition of distance for schools, along with the obligation to display health notices on the doors of their locations.

Last January, the government’s stated objectives were to increase player awareness, encourage healthy consumption of gambling products and prevent the onset of problematic games. In addition, its general aim was to reduce the advertising of the industry to a level “similar to that of tobacco products”.

The changes may be well-intentioned, but the association of online operators Jdigital believes that the new laws will be harmful to the sector.

“The main measures of the Royal Decree that will regulate the advertising of online games have not yet come into force, so we have not been able to see their immediate effects. However, we have always emphasized that the main consequence of this regulation is the ban, in fact, on commercial communication of this activity in Spain ”, said the executive president of Jdigital, Andrea Vota.

He added: “We are concerned that this ban will only lead to an increase in illegal gambling in Spain, leaving users and, especially the most vulnerable groups, unprotected against companies that do not comply with the safety and protection measures that the licensed operators we represent respect ”.

In July, after the Spanish regulator’s presentation of its new regulations to the European Commission, Jdigital published a response to the proposed changes, expressing “bewilderment” with the stance taken and describing it as “an ideological law, not supported by data or studies ”.

In particular, he said there was no official data or studies showing that there was a public health problem related to gambling in Spain. In fact, even the director general of the country’s regulator, Mikel Arana, seemed to support this claim in February 2021, when he said that gambling was not a health problem for the vast majority of those who played in Spain.

As additional evidence, a study published in October by the Carlos III University of Madrid (UC3M) found that, although 84.9% of the Spanish population participates in some form of gambling activity, the country has a problem gambling rate of just 0, 3%, one of the lowest recorded globally.

Obviously, it is not the first time that a European regulator has pursued an advertising ban that seems unnecessary. But critics of the new regulations, including Jdigital, pointed to these earlier issues, especially that of Italy, as examples that the Spanish government should not follow.

All advertising for games and sports betting was banned in Italy in January 2019 and it is estimated that this resulted in a loss of € 100 million in revenue per year for the Italian Football Championship.

Vota believes that the measures in Spain will have a similar effect, explaining that Jdigital’s response was made to “highlight the devastating consequences that the decree will have in other sectors, such as sports clubs or the media”.

He stated: “To get a sense of the losses they can suffer. In 2019, the industry invested € 372 million in marketing and the approved restrictions could cause sports clubs to lose up to € 90 million in advertising revenue, according to LaLiga ”.

On a more positive note, Italy could also serve as a model for how operators can find ways around the changes. For example, in March this year, LeoVegas announced a new partnership with AS Roma for the sports website LeoVegas.News.

Since the ban on game advertising does not extend to informational content, this is one way in which the operator can advertise its brand without breaking any rules – the LeoVegas.News logo will appear on the LEDs during Serie A home games at the Olympic Stadium .

Some Italian operators have also done well, taking advantage of their outlets to advertise their products online, since the ad ban came into effect. A number of retail brands, such as Snai, Eurobet, Goldbet and SKS365, have benefited from having their brands exposed on the streets, with many omni-channel brands increasing their share in the online market thanks to their prominence in retail.

In fact, Spanish operator Cirsa, owner of the online brand Sportium, suggests that it may be planning to follow suit. “Sportium has been working for months to redesign its strategy for adapting to the new post-pandemic and royal post-decree scenario,” said the company.

The statement continued: “Our firm commitment to an omnichannel / multichannel model – with a strong presence on all channels – reinforces our position in the new post-royal decree scenario.”

Certainly, the planned regulations will force the industry to be creative when it comes to reaching and retaining customers. This is likely to extend beyond branding, marketing and advertising, and to the products offered and the way operators interact with players, once they are on the brand’s website or in their location.

Sweden is perhaps an example of what the future holds, as operators have had to adapt significantly since the changes announced in 2019. The new licensing model has brought a bonus restriction, with licensed operators now allowed to offer bettors a bonus for the first time.

In general, sports betting operators took this seriously, innovating in products to keep their players instead of relying on regular bonuses. A similar transition from an acquisition-driven model to a retention-focused market model is certainly in the pipeline in Spain.

According to the new regulations, Spanish operators can at least offer some bonuses to existing customers, so this should help with their retention efforts.

Sweden also offers a lesson on the dangers posed by overly restrictive regimes, with the country’s plumbing failures increasingly attracting the attention of operators and legislators as the number of participants using illegal market sites increases.

In this regard, Jdigital’s stern warning that by withdrawing the rights of licensed operators the Spanish government is inadvertently giving the advantage to unscrupulous operators who hide their offshore operations appears to be valid.

However, advertising controls appear to be only the first step in the government’s continued efforts to limit gambling in Spain. In December last year, the Ministry of Consumer Affairs launched a public consultation on a new draft Royal Decree, aimed at further increasing consumer protection measures in the gambling and betting sector.

Minister Alberto Garzón said that the decree will establish standards of action, intervention, control, prevention, awareness and treatment for the protection of players. Making the changes take effect would be a priority for the Ministry in 2021.

One of the planned changes could have a positive effect on the industry, as there is a plan to integrate Spain’s self-exclusion databases. Currently, they are maintained separately in each of the country’s autonomous regions. The combination of records was agreed in September 2020, with regional authorities granting up to one year to complete any technical work required to carry out the merger.

Few in the industry would argue against such a move, particularly due to the growing focus on minimizing damage to the player. Unfortunately, however, when combined with a ban on advertising by licensed operators, instead of reducing the game as the government intends, it can simply transfer the activity to the irregular market.

Arguments to this effect have been made repeatedly by operators across Europe, however, and are mostly ignored. If the recent regulatory changes in Italy, Germany and Sweden serve as a benchmark, sports betting companies in Spain may very well have many obstacles to overcome in the near future.