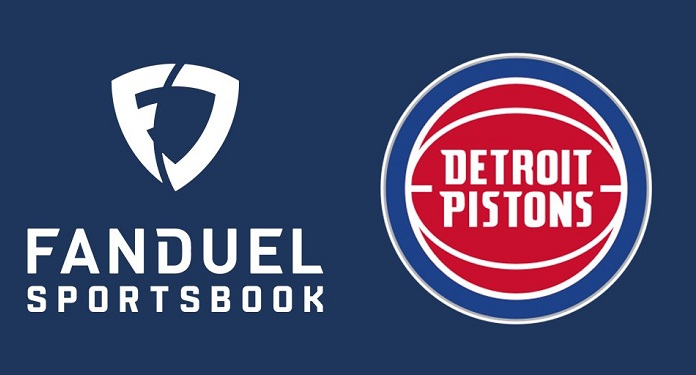 The Detroit Pistons, a team competing for the National Basketball Association (NBA), signed an agreement with yet another game partner. That’s because the team closed with the FanDuel Group, owned by Flutter Entertainment.

Depending on the arrangement, FanDuel will act as the team’s official sports betting partner. In addition, the company will be able to use official team brands and logos and have access to a range of marketing assets, such as signage and activations in the gaming gym, online advertising, on television and on the radio.

The deal was sealed before the official launch of FanDuel in the US state of Michigan, which is expected to open its regulated sports betting market next month or early 2021.

The company has even launched retail bets at Detroit’s MotorCity Casino Hotel. As such, the Pistons will now also work with the casino to offer fans free gifts, exclusive parties and other unique experiences.

“This new relationship will create unique approaches to reaching Piston fans,” said Mike Raffensperger, the director of marketing for FanDuel.

Raffensperger added: “With FanDuel’s betting system at MotorCity Casino and mobile game offers in the official app, we will offer engaging experiences both on and off the court, giving fans access to exclusive betting content and promotions.”

FanDuel and DraftKings sign partnerships with the NBA team

FanDuel’s new partnership with the Pistons went public after rival company DraftKings released a similar deal with the NBA team on Monday, November 30.

FanDuel’s new partnership with the Pistons went public after rival company DraftKings released a similar deal with the NBA team on Monday, November 30.

Zavodsky continued: “We look forward to using our platform to help everyone increase their presence and connectivity with the Pistons and the communities in Detroit.”

Guilherme Bucchi from Betting B2B, says: ‘Brazil will be one of the largest markets in the world’

Sheldon Adelson, American billionaire who defended the return of casinos in Brazil, dies

Pariplay expands partnership with 888casino for the Portuguese market

English Federation appeal has no effect and Kieran Trippier is still...