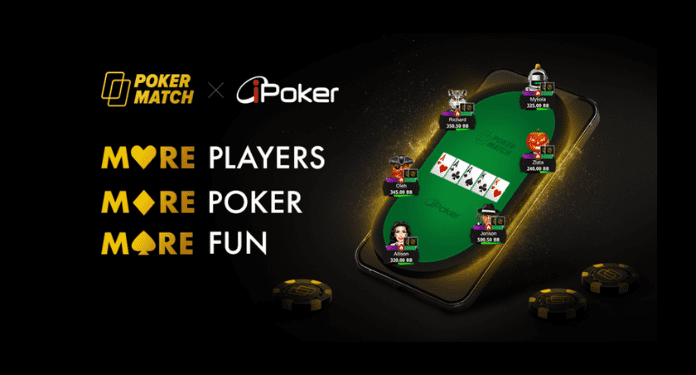 Online poker room provider PokerMatch has announced a major partnership with Playtech, adding its content to the latter’s iPoker network. Playtech says PokerMatch’s content will help it grow in regulated markets around the world.

Playtech’s iPoker network offers a pool of liquidity, backed by software and services designed to comply with regulatory requirements in multiple jurisdictions.

PokerMatch CEO Ruslan Bangert said: “We at PokerMatch are inspired and excited to be a part of the iconic iPoker network. Partnering with such a well-established brand as Playtech will undoubtedly become one of the most important achievements for our company.” .

“PokerMatch is only six years old and we are delighted with the growth and successes we have achieved in such a short time – and this partnership with Playtech represents an important milestone in that growth. Credit goes to the entire team. I wish our new alliance success. and thanks to our colleagues at Playtech for easy, fast and professional communication,” added Bangert.

Of the deal, Playtech Vice President Marat Koss added: “We are excited to welcome PokerMatch to the iPoker network.”

“In just six years, PokerMatch has significantly developed and expanded its business to become a major player in Eastern Europe – a potentially key region for the growth of the industry at large. We look forward to a long and successful partnership with PokerMatch as the supplier continues to grow and set new records,” added Koss.

Based in Eastern Europe, PokerMatch has reaffirmed its commitment to developing its offering and offering players greater guarantees in poker tournaments and series.

Established in 1999 and listed premium on the main market of the London Stock Exchange (ING), the company is a leader in the gaming and financial trading industries with around 6,600 employees operating in 26 countries.