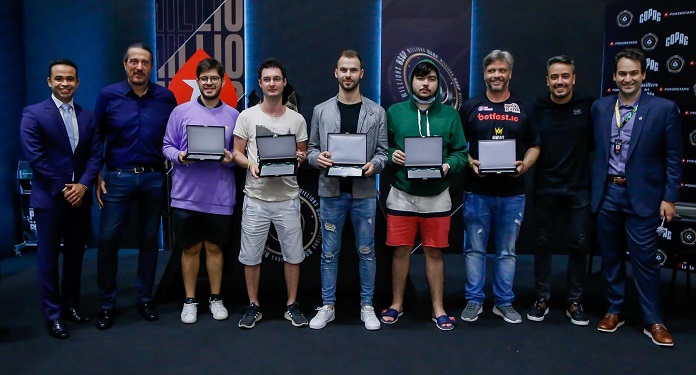 The Brazilian Confederation of Texas Hold (CBTH) held an event to honor all Brazilians who won bracelets at the WSOP (World Series of Poker) in 2020 and 2021. This ceremony took place this Sunday, 5, in the main hall of the WTC Sheraton, in São Paulo Paulo, during the last day of the BSOP Millions.

The BSOP Millions 2021, the biggest poker tournament ever held in the southern hemisphere, took place again in Brazil between November 24th and December 5th. With 140 poker tables, the tournament played host to over 40 tournaments over its 12 day duration. The event also had awards that totaled more than R$ 15 million.

The foundation of the Brazilian Confederation of Texas Hold took place on January 29, 2009, including all categories and with very clear objectives.

According to the official website, CBTH covers the main and most widespread form of poker, Texas Hold’em, and all other variants of sports poker worldwide, such as: Omaha, Omaha High/Low, 7 Card Stud, 7 Card Stud High/Low, Razz, Mixed Games and other variations involve playing sports poker.

The confederation’s objective is to fight for the recognition, in Brazil, of sport poker as a dignified, lithic, decent activity and capable of developing in its practitioners various skills, such as mathematics, statistics, discipline, emotional control, competitiveness, reasoning, psychology, intelligence, objectivity, sportsmanship and sociability.

In addition, CBTH aims to promote sports poker widely, striving to spread a good image of the sport and its players. The organization also seeks to participate in other entities representing world poker, as the highest representative organization of poker in the country.

PokerStars is the new global partner of the Formula 1 team, Red Bull Racing