Início Poker The biggest expectations of the WSOP this year 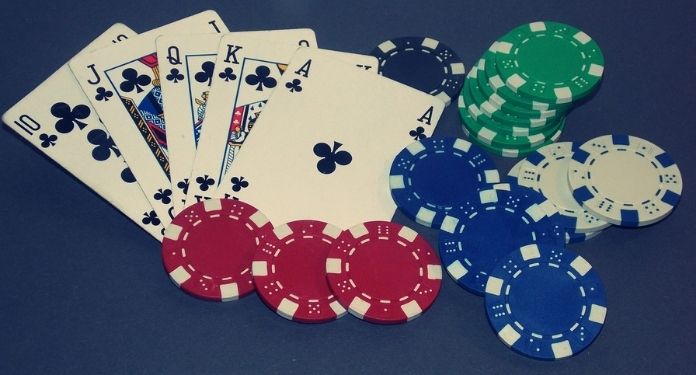 With WSOP 2021 being played in the final months of this year, all the anticipation about who might be the WSOP Player of the Year or even the world champion himself is rising considerably in recent times.

With dozens of events planned, which will be the biggest poker stars that will be present in another edition in Las Vegas. Will there be more records being broken in this new edition and what will be the total number of participants for the WSOP Main Event?

All of these end up being some of the questions most often asked by all poker lovers. Fortunately, poker rooms with partnerships with the WSOP, as is the case with GGPoker.com, are making it possible, through satellite tournaments, to be playing for seats in the many events of the WSOP 2021. In other words, it ends up being a chance to that you can also meet and play in person at one of the most emblematic events in the history of poker.

For these reasons, and knowing that luckily the number of Brazilian players who are present at WSOP events is increasing, now we bring together some of the moments that are being discussed and anticipated for this new edition of the World Series of Poker. Will, for example, Brazilian poker make history?

1. Will we have the first Brazilian poker world champion?

There seems to be no doubt that one of the most anticipated moments for this WSOP 2021 is to realize not only whether we will have Brazilians winning WSOP bracelets, but also whether, for the first time in history, a Brazilian player will be able to win the WSOP Main Event, being officially considered the new world champion.

Now, despite the fact that several Brazilian players have already come close to this huge feat, having even reached the “final table” several times, the truth is that this reason for enormous joy has not yet happened. So, despite being a very complicated task, many Brazilian poker lovers are struggling about which players may be able to go further in this edition.

It is important to note that, due to the huge growth of poker in Brazil, more and more national players are managing to stand out in the international rankings. In other words, being already a country of reference in terms of world poker, it is expected that it will be a matter of time before a Brazilian player becomes world champion. However, will it be this time?

2. Will Phil Hellmuth continue to in the lead?

Clearly isolated from the list of biggest wins in WSOP events, former world champion Phill Hellmuth, considered one of the most controversial and charismatic players on the entire circuit, will again be in Las Vegas fighting for his 16th or even more WSOP bracelets. Having won his first in the 1980s, Phill is always confident in his abilities, so that in all WSOP editions, the veteran American player ends up being one of the biggest attractions of the WSOP.

Having a great dominance in the main poker variants, Phill Hellmuth has already won bracelets in different variants, so it is difficult to discard that the American may still move further away from the leadership of one of the most prestigious records in the history of poker.

3. Will the Main Event be even bigger?

There are dozens of events in the WSOP, which usually spans more than a month. However, in media terms, “prizepool” and competitiveness, where professionals get together with amateur players, the Main Event is constantly the most awaited event of the year on the world poker calendar. Therefore, it is to be expected that this WSOP 2021 edition will be no different.

The questions for this new edition are many: will it have the biggest final prize in history? How many thousands of participants will participate? All of these are issues that only with the approach of the Main Event can end up being clarified.