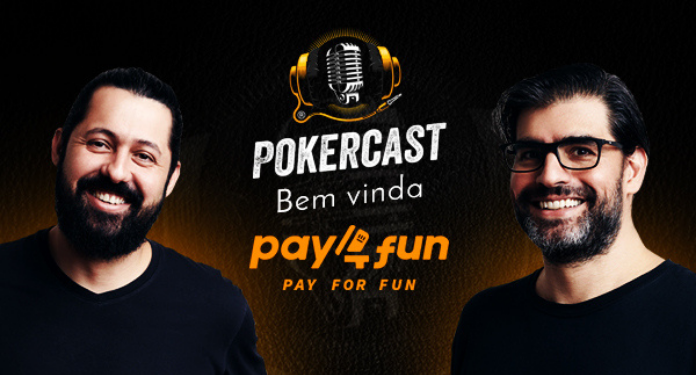 Pokercast now has the support of Pay4Fun, a digital wallet company and online payment processor 100% Brazilian. With Pay4Fun, it is possible to centralize all your funds in one virtual place and make quick and easy transactions for websites and between accounts, all without fees.

To take advantage of the company, the customer can use PIX, credit and debit cards, electronic transfer (TEF) and between banks (TED and DOC), bank slip, in addition to transfers between accounts within the platform itself.

Pay4Fun is registered with the Central Bank of Brazil, making use of all legal parameters, and also has a 24-hour chat available for customers to ask any questions. On mobile devices, account owners on the platform can access all resources through the iOS and Android apps.

SuperPoker, owner of Pokercast, is the ideal place for all poker lovers and for those who want to know a little more about this incredible game of mental skill.

The goal of SuperPoker is to produce up-to-date, high-quality content, delivering across different categories, all about the world of poker.

Another partnership for Pay4Fun

Nowadays, Pay4Fun has more than 150 business partners properly integrated into its platform. The big secret to all the organization’s success on the national scene is the combination of the latest technology and personalized service to its customers and partners.

After all, the support team is specialized and is available to the public 365 days a year, 24 hours a day. Pay4Fun is also working hard to introduce numerous new products to the market such as Pay4Fun Store and Pay4Fun Card Mastercard.

To facilitate the financial transactions of its customers, the company also offers the Pay4Fun App and provides withdrawal and deposit transactions via PIX as previously stated.