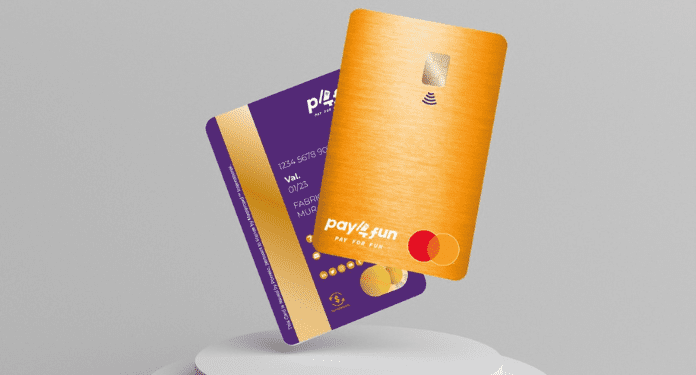 Pay4Fun, the first payment institution in the sports betting and entertainment sector to receive authorization from the Central Bank to legally operate in the country, has just announced its new product: the Pay4Fun Card.

In partnership with Pomelo, fintech that allows any company to offer financial products safely, quickly and internationally, the solution will work as a prepaid credit card that allows people with financial restrictions and unbanked to enjoy the benefits of shopping offering more economy and ease.

Accepted in all physical and online stores around the world and 100% digital, the card brings benefits such as paying for online subscriptions, using it in various transport applications, making game purchases and also recharging cell phones. In addition to setting your own limit, the user will not have to deal with annuities or invoices at the end of the month. The Pay4Fun Card also makes it possible to pay bills and access the contactless function – approximation payment.

“The launch of the Pay4Fun Card is a big step in our mission to expand the banking experience and facilities to people who do not have access to them”, says Leonardo Baptista, Co-founder and CEO of Pay4Fun. “The card hits the market to help part of the population that does not have access to purchases of benefits and products, making the payment method accessible to all audiences”, he adds.

The easy access to financial services through the card is also highlighted by John Paz, Country Manager in Brazil and COO of Pomelo. “We were very happy to join Pay4Fun in this initiative. To offer this range of services, the P4F Card brings all of Pomelo’s processing and operating technology. We believe that this is a big step for the business to expand even more”, he says.

The user can also follow all direct use transactions through the Pay4Fun application (Android and IOS) and it is not necessary to top up the card. The amounts will come from loading the Pay4Fun digital wallet and the balance available in the wallet can be used for the card.

Founded in 2017, Pay4Fun is the first payment institution to receive authorization from the Central Bank to legally operate in the country in the sports betting sector. Operating with more than 340 integrated websites in the entertainment segment, the company reached BRL 500 million in financial transactions in July 2021 and believes in the expansion of the online betting market around the world.

With modular solutions adaptable to every need, Pomelo’s integration is simple and ranges from user validation, creation of digital accounts, issuing and processing cards to local regulatory infrastructure, anti-fraud and financial reconciliation.