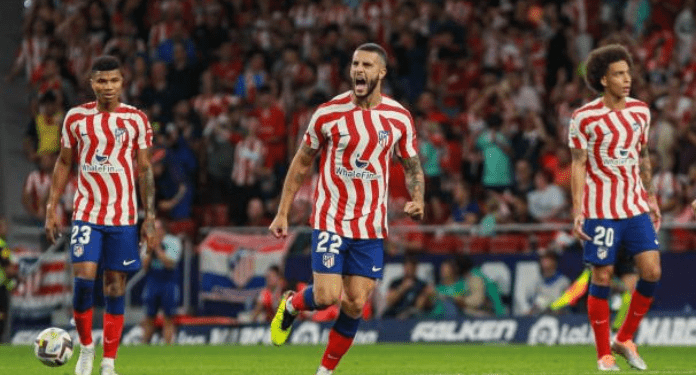 The National Securities Market Commission (CNMV) has warned Facua (consumer association) that it has no authority to veto ‘crypto’ advertising in sports. The answer is a setback for Facua, who had asked to stop sponsorship deals like the one signed between Atlético de Madrid and WhaleFin, a global giant in digital asset management.

CNMV and Facua held a meeting this Tuesday, September 20, to review the petition that the association made public in early September. Specifically, its call for direct supervisor intervention in sponsorship relationships between companies linked to the sports sector and operators of cryptocurrencies and similar investment services. Facua also called on the stock exchange authority to put an end to crypto advertising featuring famous faces and media personalities.

Since August 31 of last year, the government has banned the advertising of online sportsbooks and casinos. This ban ended up leading to a new love affair between clubs and companies in the crypto world, which are currently in the process of consolidation, hoping that the European Union (EU) will approve the regulatory framework known as MiCA, which will regulate the crypto-asset market. in the EU.

The relationship of the crypto world with Spanish football

Facua even asked for the intervention of some of the latest contracts announced in Spanish sport. The red and white team’s deal with WhaleFin — a benchmark platform for global digital asset management giant ‘Amber Group’ — was one of those cited by the association.

LaLiga is also not far behind in this regard, as on September 9, the governing body of Spanish football announced a partnership with Sorare to launch cryptographic tokens (known as NFTs) for all of its players and fans. These tokens generated over 150 million dollars in sales this year.

Online investment platform DEGIRO is the new main sponsor of Sevilla FC, which has confirmed that its players will wear the company logo on the front of their shirts during the 2022/2023 season. The ‘madness’ of crypto-assets goes beyond football. For example, the Red Bull Formula 1 team sealed a deal in February with the Bybit platform, a cryptocurrency exchange with 10 million users.

The decision of the CNMV

The law leaves the CNMV with little room for maneuver in the area of ​​crypto-assets and limits its intervention to controlling the spread of misleading or ambiguous information.

The commission cannot take the step forward requested by Facua to ban “in its entirety” the sports sponsorship of cryptocurrency platforms, a decision that should have been taken by the government. This was decided at the Tuesday meeting. The stock exchange supervisor now controls the announcements of these digital asset operators through Circular 1/2022, in force since January.

This regulation, the first approved in Spain on the subject, was limited to the CNMV’s own powers, so its scope was restricted to those advertising activities that seek to offer crypto-assets as a possible investment. That’s why the supervisor doesn’t have a say in situations like what happens in Spanish sports, where advertising is limited to the name of cryptographic companies.

The stock exchange supervisor was able to intervene in the content of these companies’ websites. The role of the CNMV is to avoid the omission of relevant data and to avoid the inclusion of ambiguous information, as required by law.