Início Online Bitci – The “Fan Token of Champions” arrives in Brazil to lead... 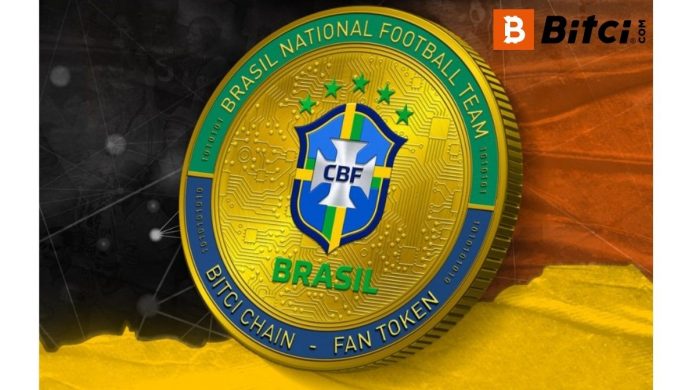 Bitci, a Turkish broker, responsible for managing and trading the main virtual assets that circulate on the web, such as Cryptocurrencies, NFTs and especially fan tokens, started its entry into the Brazilian market in the first quarter of 2022.

Specializing in NFT transactions (non-fungible tokens), the company intends to lead the national Fan Tokens market and already has partnerships with the Brazilian Football Confederation (CBF) and prominent teams in the country.

Founded in 2018, Bitci has become an international reference in digital asset trading and currently handles a daily volume of 1.2 billion transactions on its networks. In the first quarter of this year, the multinational, which also operates in the United Kingdom and Spain, took its first steps in the process of insertion and consolidation in the Brazilian market.

Among the main activities that Bitci Brasil develops is the production of a digital asset that has become increasingly popular, the Fan Token. The company makes tokens for different sports entities.

In Brazil, as well as in England and Spain, the company will bet on football and on prominent organizations in the country, operating in the field of Fan Tokens, digital assets that offer benefits to their holders within the brands to which they belong. Benefits often include voting rights and participation in club-sponsored actions.

To facilitate the entry of the brokerage in the country, businessman Alessandro Valente was appointed to assume the presidency of Bitci Brasil. The 44-year-old paulistano has an important curriculum in his more than twenty years in the digital marketing market, in which he is co-founder of one of the main companies in the sector.

Alessandro is also the creator of the main iGaming event in Brazil, as well as an investor in technology companies around the world.

“In addition to having a market with enormous potential, Brazil is also known as the Country of Football. Therefore, we are sure that Brazilians will be as interested as we are in this incredible Fan Tokens market”, says Alessandro Valente, President of Bitci Brasil.

The company also has already signed outstanding partnerships. In addition to the contracts with Fortaleza and Coritiba, state champions of the current season, the company is a partner of Ceará, Vitória-BA, Sport, and even the Brazilian Football Confederation (CBF).

This latest release, called BFT (Brazilian Fan Token), exclusive to the foreign market, was a sales success, being fully sold in less than 24 hours and will soon be available in Brazil.

“Bitci Brasil is the Brokerage that is on the side of the Champions, and the partnerships with CBF and with Brazilian clubs highlight this very well. We know and understand the passion of Brazilians for the sport and, for this reason, we want to become leaders in this market”, emphasizes Alessandro Valente. The company’s next steps also involve investing in Brazilian football, this will happen through actions developed with the teams, as explained by Alessandro.

The sale of Fan Tokens, through the broker, also brings benefits to clubs and to CBF itself, which receive part of the profits obtained in these assets. “This is a mutually beneficial partnership that has great potential. This is what we will show to teams and stakeholders”, concludes Alessandro. Mostly the fans.

The release of fan tokens from several clubs and the selection is expected in the second quarter of 2022.

Founded in Turkey in 2018, Bitci is a digital asset trading platform. Bitcoin, Ethereum and Cryptocurrencies, which guarantee security and speed to users during the transaction process.

The platform performs around 1.2 billion transactions daily and provides solutions for the market, producing tokens for brands and clubs with BitciChain.

BitciChain, Turkey’s first integrated blockchain network on the stock exchange and payment platform, is being developed by Bitci Teknoloji. BitciChain is optimized to provide companies and institutions with the best blockchain adoption.

‘Use that money for Education’, says Edinho Silva in defense of taxation of betting...