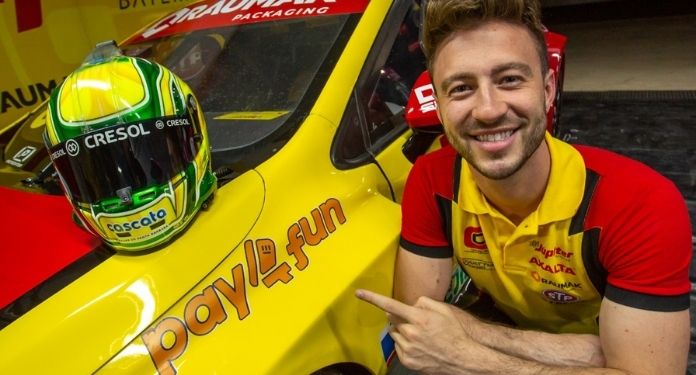 This weekend, the Autódromo Velocitta in Mogi Guaçu hosted the 10th stage of the Stock Car and Gabriel Casagrande’s team, leader of the competition, had another great partner in the curves of the São Paulo track, Pay4Fun.

Pay4Fun, a genuinely Brazilian company, is an online payment platform that allows you to make transactions in a practical, fast and secure way.

Gabriel Casagrande and Pay4Fun are connected by speed. If the pilot from Paraná has been showing dexterity and speed on the tracks, Pay4Fun offers the safest, fastest and most efficient solutions in the digital world, in financial transactions, facilitating the daily lives of consumers and merchants through a simple and intuitive platform, promoting a differentiated service at all levels.

“We were born in the sports betting segment and we proved that motorsport, Stock Car in particular, has millions of loyal fans throughout Brazil, people who know the sport and who vibrate in the same tune as the tracks, which makes this segment extremely strategic within the our advertising plan and, on that track, there was no other driver in the competition that had more synergy with Pay4Fun than Casagrande.”

“He has our spirit of determination, strategic agility and, like Pay4Fun, he has grown race by race and surpassed himself with each new achievement! We are very excited about this partnership that is born on the tracks, but which will certainly unfold in many actions”

For Gabriel Casagrande, the partnership that began this weekend will be long-lasting and very successful:

“We are happy with this new partnership and also with the confidence in our work. Our dedication and effort have yielded great results on the track and we are extremely happy that Pay4Fun sees in Stock Car and also in our team a good platform for the exposure of this great brand. May we have a long-lasting and very successful partnership.”

The free practice took place on Saturday (23) and the main races were on Sunday (24). Gabriel Casagrande and Pay4Fun will be together in this great challenge and in the next ones, after all, speed runs in your veins.