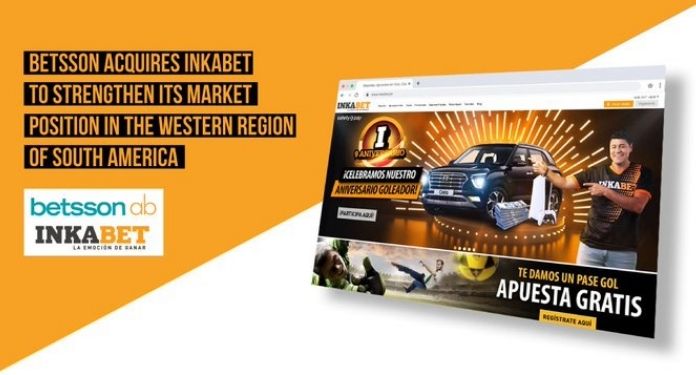 SW Nordic, a subsidiary of Betsson, has signed an agreement to acquire Inkabet’s online gaming business, including its operations, along with the related assets used to operate the brand.

The acquisition will strengthen its market position in South America while expanding Betsson’s presence in Latin America – a strategically important region for the company.

The initial purchase price is US$25 million, with the additional sum of US$4 million payable via Betsson. This will depend on Inkabet’s performance and ability to achieve the EBIT revenue targets agreed upon at the close of the partnership.

“This strengthens our position in a strategically important region where we have had good performance and big ambitions for the future,” concludes Lindawall.

Bookmaker Caliente’s branding will appear on the front of the shirt of Atlas, from...