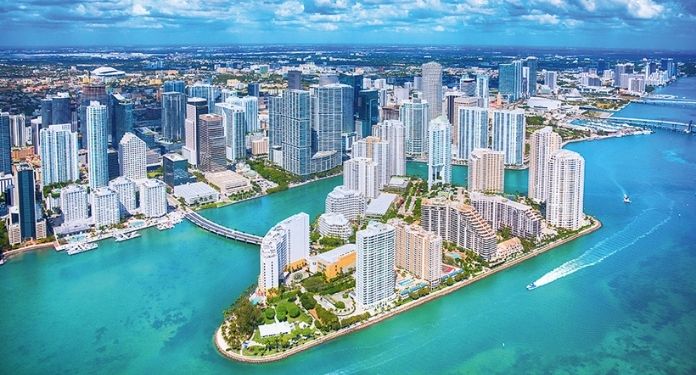 The governor of the US state of Florida celebrated the approval of a new agreement signed between the state and Seminole, which expanded the scope of the games and opened the doors for the legalization of online sports betting.

The government has approved Seminole, which owns famous casinos and hotels near Miami, to manage sports betting, adding at least $2.5 billion to the treasury over the next five years.

Gov. Ron DeSantis said, “The final approval of this historic gaming pact is a big deal for the state of Florida.”

This agreement met opposition from those who opposed the expansion of gaming in Florida. The agreement with the tribe passed a 45-day approval period by the US Department of the Interior.

According to DeSantis, “This mutually beneficial agreement will grow our economy, expand tourism and recreation, and provide millions in new income to benefit the population.”

For his part, Marcellus Osceola Jr, representative of Seminole, celebrated “a great day for the people of Florida”.

However, some South Florida leaders, including Miami Beach Mayor Dan Gelber, have expressed concern about further expansion of the game.

Opponents of the pact argue that a certain “mobile” sports betting component of the pact is unconstitutional.

“This fight has just begun. We are committed to ensuring that the wishes of residents, 72% of whom voted Florida voters have the exclusive right to authorize casino gambling in our state, is respected,” said John Sowinski, president of NoCasinos.org, in May , after the Florida House of Representatives ratified the pact.

Discordant voices point out that, in this context, this pact violates Amendment 3, approved by referendum in 2018, which grants only voters “the exclusive right to decide whether to authorize casino gambling in Florida”.

In addition, the deal allows online sports betting for Seminole and opens the door to the “largest” gaming expansion in Florida history, “turning every smartphone into a slot machine,” according to No Casinos.org.

The Seminoles are federally recognized as a native tribe, have six reserves in Florida and operate six casinos on their land. In December 2006, the tribe acquired Hard Rock International, which owns the famous Hard Rock Cafe restaurant chain, with franchises around the world.