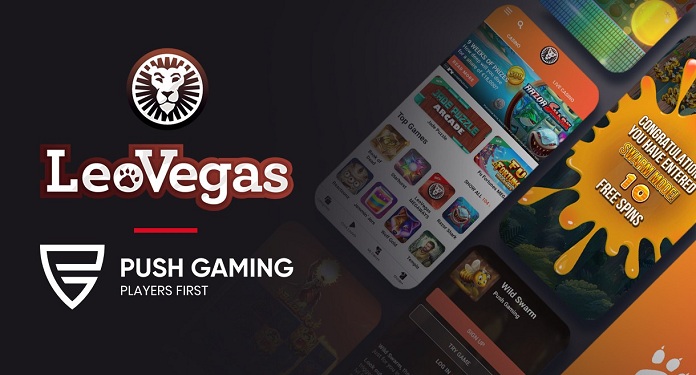 Game supplier Push Gaming is closing a content agreement with LeoVegas, one of the best-known operators in the gaming industry globally.

Under the contract, LeoVegas is expected to directly integrate titles such as Joker Troupe, Jammin ‘Jars and their latest release, Wheel of Wonders, through the Push Gaming platform.

With an ever growing legion of fans, Push Gaming has firmly established itself as one of the segment’s most popular entertainment studios in recent years.

His latest deal is proof of his prominent position, with the extremely popular supplier ready to integrate into several European markets, including the United Kingdom, Sweden and Germany, through the LeoVegas, GoGo Casino and Rocket X brands.

Fiona Hickey, the head of sales for Push Gaming, spoke about the new commercial arrangement. “LeoVegas is an industry leader when it comes to providing high quality content in their casinos. And, we are excited to extend our contract with an operator that has such an impressive reach ”.

She added: “Our players are so fond of our slots because we put entertainment at the center of everything we do. And, we look forward to continuing our already successful partnership in several regions ”.

Johan Ekberg, the LeoVegas representative, also commented on the partnership. “Push Gaming’s title catalog delights anyone. And, we are very happy to extend our content delivery with direct integration ”.

According to Ekberg, “with some highly innovative games and engaging mechanics, we hope to take our content contract to the next level, as well as continue to establish a productive business relationship for years to come”.

After all, the year 2020 was very positive for Push Gaming. In addition to acquiring its own fully licensed platform via GSI (Game Server Integrations), the supplier was able to close several global deals, including partnerships with William Hill, GVC, The Rank Group, Gamesys and IGT.

Sportradar’s InteractSport expands partnership with England and Wales Cricket Board