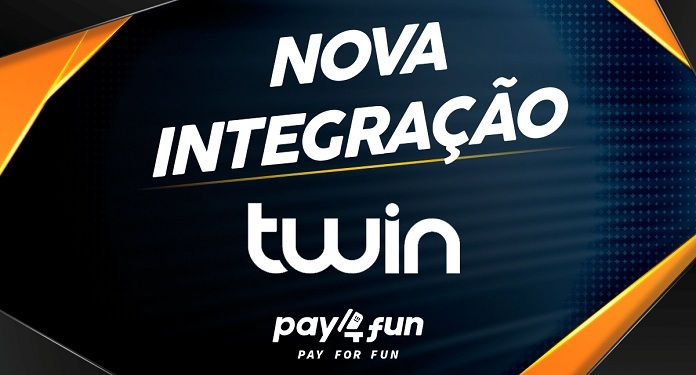 Pay4Fun has just announced another partnership, this time with Twin Cassinos. Created in 2017, Twin is an online gaming website, owned by Oring Ltd. The platform offers table games, slot machines, among others.

All titles found on the website are developed by prestigious suppliers in the iGaming sector at a global level, such as Yggdrasil, Microgaming, NetEnt, Pragmatic Play, Play’n GO, Quickspin, among others.

The platform also provides its customers with the Twin App, designed to improve the player experience with just a few clicks and on the go.

In this way, Twin can be defined as a safe and reliable online entertainment platform, and is regulated under the guidelines of the Malta Gaming Authority.

Advantages of the Twin platform

In addition to the recent partnership with Pay4Fun, Twin also provides several advantages to its users, such as welcome bonuses, weekend race, daily awards, loyalty program, among others.

The bonus for the first registration can reach up to the amount of R $ 2000.00 and over 400 free spins in the Book of Dead video slot.

While the Loyalty program assumes that the more the customer plays, the more they benefit. By betting and collecting Loyalty Points, the user can achieve various levels of loyalty and earn rewards throughout their experience.

In case of any problems, the gaming platform has a 24-hour customer service.

Pay4Fun also has news for customers of its virtual wallet. This is the Pay4Fun Card, with a Mastercard banner. Without an annual fee, the card can be used in physical and online stores in Brazil and abroad.