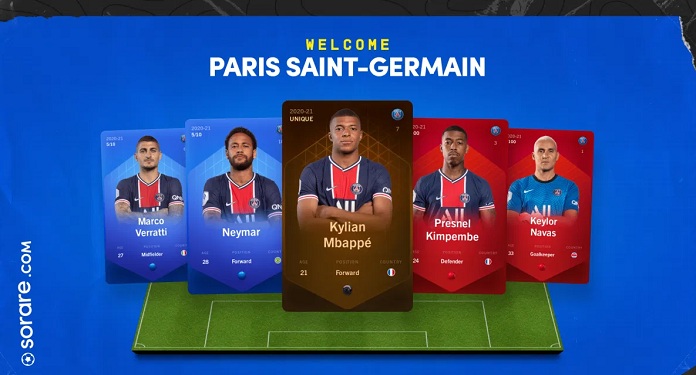 The fantasy football platform Sorare was officially launched in the UK, paving the way for partnerships with local football teams. In addition, the game reached an agreement with PSG, France, to produce virtual cards for players of the current team.

The deal also includes 2013 historic players like David Beckham. Created in early 2019, the platform grew by an average of 52% per month and today has more than 40,000 users worldwide.

Sorare’s entry into the UK market

Through organic growth alone, the UK has a monthly increase of 70% in users. Thus, the site appears as the first market in terms of time spent on the platform, with an average of 1h25 minutes per day per user.

Sorare’s rise in the UK is a reflection of fans’ appetite for fantasy football, with Fantasy Premier League reaching 8 million users. The recent launch comes in response to significant demand from local users and serves as a step in consolidating Sorare’s plans to secure partnerships with English clubs.

Nicolas Julia, CEO of Sorare, said: “We are pleased with the official launch in the UK, taking Sorare one step closer to closing innovative partnerships with leading clubs in the country. The European fantasy sport market was estimated to be around $ 900 million a year in 2018 and is expected to double in the next five years ”.

He added: “Expanding to more European markets is a strategic step for Sorare in terms of brand recognition with users, football teams and investors. With the inclusion of PSG, football fans in the UK will be able to use their football knowledge to play as a manager and compete for in-game rewards. ”

Andre Schurrle, one of the first investors in Sorare, said: “The UK launch is an important milestone. Anyone remotely interested in football knows that the UK is home to some of the best teams and players in the world ”.

Paris Saint-Germain is embracing Sorare’s vision of becoming part of the ideal fantasy game to increase fan immersion. Fans will be able to play with their favorite athletes using the team cards. The player’s card score will depend on his real performance, whether in a French Championship or Champions League match.

Schurrie also commented on the deal with the French team. “Furthermore, the inclusion of Paris Saint-Germain on the platform, a team from the top division of French and international football, is great news for the Sorare user base.”

PSG is joining 99 other football clubs in Europe, the United States and Asia that have made deals with Sorare to issue player cards. Through these partnerships, Sorare is able to create the first truly global fantasy football experience.

The game was launched in March 2019 by two experienced entrepreneurs, Nicolas Julia and Adrien Montfort, who saw the potential of blockchain technology to create a new category in the sports games industry. Since then, Sorare has generated $ 1.5 million in revenue from card sales in 60 countries in 12 months.

Fabien Allegre, PSG representative, also spoke. “Paris Saint-Germain is the club of the new generation. We are always looking to the future, to offer our fans new experiences. Sorare will allow us to reach new and young communities, especially in Asia and America ”, he concluded.