Início Lottery Sorte Online completes 19 years in the market and celebrates pioneering in... 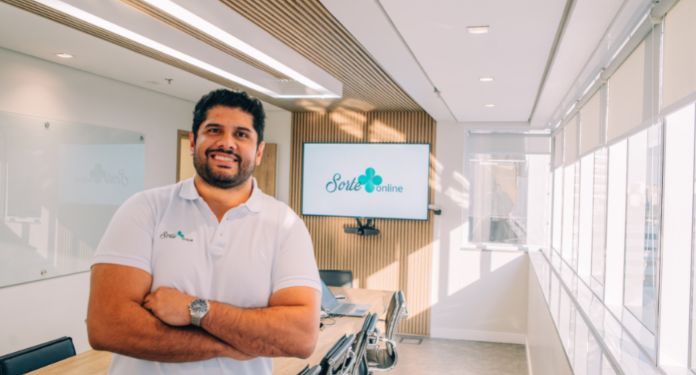 Created on July 20, 2003, Sorte Online celebrates 19 years of operation in the segment of services in federal lottery betting and consolidates itself as the first Brazilian bet tech.

A pioneer in the sector, Sorte Online was the first company to invest in innovation and offer digital and exclusive solutions for the lottery market, which for many years still followed its traditional business model. Almost two decades later, the company is one of the leaders in its segment and, between 2020 and 2021, it doubled the number of employees in the middle of the pandemic.

“Sorte Online has a very strong vein of innovation since its inception and this outstanding trait has solidified significantly in recent years. Our product, developer and data intelligence team is increasingly in tune to bring improvements to our platform and present solutions and resources that will promote an even better experience for the public”, says Márcio Malta, CEO of Sorte Online.

One of the novelties already implemented is the partnership with major players in the market, such as fintechs, loyalty programs and wallets. The objective is to diversify the company’s channels of action and further facilitate access to services, reaching a wider audience. The strategy has achieved excellent results and in 2021 alone, there was a 20% growth in customer acquisition through these partnerships.

Positioning as a startup

Since its inception, technology has been the backbone of Sorte Online. When the internet was still spreading in the country, gamblers were already able to make their guesses through the portal.

Its positioning as a bet tech and its technological streak make the company increasingly invest in digital solutions to offer exclusive resources to its customers.

“The use of artificial intelligence in the betting process is one of the highlights of the platform. Through a system developed by our team, data and statistical analysis are used, and even an empirical probability calculation system, to create lottery pools, which are the flagship of our brand”, says Malta.

The objective is to present collective games that increase thousands of times the probabilities of winning prizes, especially those of special contests, such as Mega da Virada.

To give you an idea, only in the 2021 edition of Lotofácil da Independência, three Sorte Online pools won the main prize, two of them using the exclusive tactic of empirical probability. Over the 19 years, the site has already passed on more than R$183 million in contemplations to players from the four corners of Brazil.

Goals for the future

The continuous investment in technology and infrastructure remains one of the great goals of Sorte Online. Also this semester, a new platform will be launched with many more features, promoting a better experience for customers, in addition to delivering greater stability and performance.

“To accelerate the company’s growth to even higher levels, the investment in marketing is greater. Our goal is to increase our customer base by 50%. In addition, our partnership expansion plan is very solid and will allow us to operate in different sales channels, including offline points”, emphasizes the CEO.

Another point of attention of the company is the creation of state lotteries, which should happen soon after the favorable decision of the STF. The expectation is to meet this new demand with the same expertise that the brand has in relation to federal modalities.

Created in 2003, the portal has already distributed more than R$ 183 million in prizes to players from all over the country. The platform is the most complete on the market and allows players to play the desired lottery and still have access to pool odds made using artificial intelligence, which exponentially increases the chances of winning.

Sorte Online also has features capable of optimizing games, such as unfolding and closing tools. In addition, through the portal, it is possible to check tips, news, statistics, probabilities and the lottery result in real time.