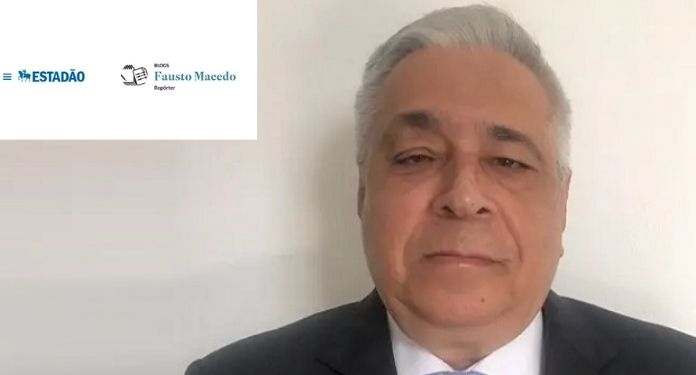 The Secretariat of Evaluation, Planning, Energy and Lottery of the Ministry of Economy (Secap-ME) will also announce in January rules for betting and state lotteries. One of them is the insertion of measures to avoid bets from other entities of the Federation.

One of Secap-ME’s goals is to prevent state lotteries from affecting the income of federal modalities, which move between R $ 4 billion and R $ 10 billion, but this ordinance can be challenged in court.

The matter was discussed by Rogério Tadeu Romano, retired regional attorney, lawyer and professor of criminal procedure and criminal law in an article published in the column by Fausto Macedo, in Estadão.

The first legislation on lotteries in the country, Decree 21.143, of March 10, 1932, emphasized that “lotteries granted by the Union and the States are considered as a public service” (art. 20). The provision provided not only for the public character of the practice, but also for the possibility of creation at both the federal and state levels.

In 1941, a new reform was made with Decree-Law 2,980, of 24 January. The novelty was the release for indirect exploration, “the governments of the Union and of the States may attribute the exploitation of the lottery service to concessionaires of proven moral and financial suitability” (art. 2).

In 1961, the Federal Union, with Decree 50.954, of July 1, took over the exploration of the federal lottery, ending the concession form. The service started to be performed by the Superior Council of Caixa Econômica, in collaboration with the Federal Savings Bank.

However, Decree-Law No. 204/67, corresponds to a drastic change according to its article 1: “The exploitation of lottery, as an exceptional derogation from the rules of Criminal Law, constitutes an exclusive public service of the Union not subject to concession and will only be permitted under the terms of this Decree-Law ”.

The definition of the lottery sector in the country is based on Decree-Law No. 204, of February 27, 1967, which determined, in its Article 1: the exploitation of lottery, as an exceptional derogation from the rules of Criminal Law, constitutes an exclusive public service of the Union not subject to concession and will only be allowed under the terms of this Decree-Law.

This decree made the lottery service something exclusive to the Union, but it made it possible for state lotteries to follow, indefinitely from the previous rules. However, this decree vetoed the creation of new state modalities, while allowing the maintenance of existing ones.

However, equality between the Union, the States, the Federal District and the Municipalities is the basis of a federation model. Until then, the monopoly to deal with lotteries and sweepstakes was reserved to the Federal Government, but this condition was reversed in the Federal Supreme Court (STF), in the judgment of Direct Unconstitutionality Actions nº 2847-21 and 2948-72.

The STF defined, on September 20 of last year, that the Federal Government does not have exclusivity for the lottery sector. Unanimously, ministers understood that states, even if they do not have legislative competence on the issue, can explore these modalities.

The rapporteur, Minister Gilmar Mendes, pointed out that the exploitation of lottery games had a public character and that the legislation cannot place any federative entity ‘restriction on the exploitation of public service beyond that already provided for in the constitutional text’.

The determination occurred with respect to two actions that requested the court to define that articles of Decree-Law 204/1967 that deal with the Union’s exclusivity to explore lotteries were not included in the 1988 Constitution.

Another action that dealt with whether the measures of the State of Mato Grosso that regulate the exploitation of lottery companies was in conflict with the Union’s competence to legislate on consortiums and sweepstakes and ended up being considered unfounded. It was understood that the Government does not have exclusivity in the exploration, but has the competence to legislate on the matter.

Minister Roberto Barroso stated, in an opinion: “It is possible to say, therefore, in line with the prevailing doctrinal position, that in Brazil the activity of operating lotteries has been qualified for a long time, and up to the present, as a public service ”.

Therefore, if the Constitution, throughout history, has not passed on this competence to the Federal Government, and if for any other reason, it does not at any point prevent the state lottery, the conclusion is that States have all the right and the capacity to organize and structure their lotteries, as a public service.

After all, the Constitution does not prohibit the operation of this modality. Initially, because it does not transfer this service to the Union, exclusively. Second, because there is no impediment, expressly or simply directly, to the existence of state games. In other words, the states are free to create this service and explore in any way they wish.

Ordinance and its complications

The Federal Government decree that defines rules to restrict gambling may not be viable, since it tends to contradict the Constitution. This is because the ordinance is a typical secondary rule that cannot take the place of a law, the first typical rule. An ordinance cannot define general measures.

Therefore, a ministerial order is not part of the constitutional disciplinary legislative process. It is an internal normative act aimed at organizing the services performed by employees of a certain establishment. It does not grant rights, nor does it define punishments or responsibilities.

It is not possible for a law, and even less an ordinance, to remove the competence of States and the Federal District in relation to public services that were not directly linked to the Federal Government from article 25, first paragraph, of the Constitution.

This prohibition described in article 1 of Decree-Law No. 204/67 is totally harmless, since it would take into account changing the distribution of state competences, which can only occur by constitutional rule. Much less, an ordinance, could have an impact on the matter.