Início Legislation Alexandre Messa is appointed Secretary of SEAE and will assist in the... 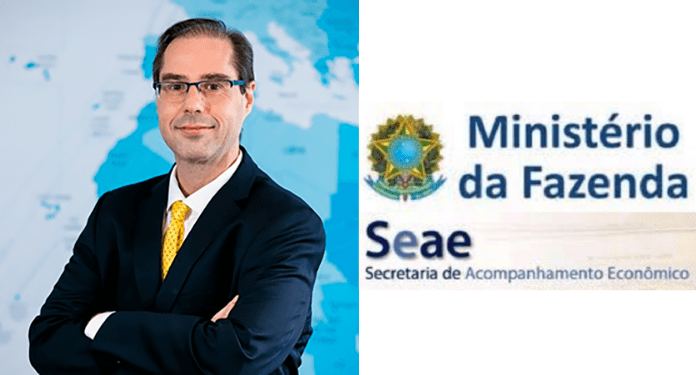 Alexandre Messa Peixoto da Silva was appointed last Wednesday, September 14, as the new secretary for Economic Monitoring of the Special Secretariat for Productivity and Competitiveness. Previously, Messa served as Deputy Secretary of Advocacy for Competition and Competitiveness of the Ministry of Economy.

Alexandre has a degree in Business Administration from Fundação Getúlio Vargas-SP. In addition, the new secretary of SEAE has two more important degrees, having a master’s degree in Business Economics also from FGV and a doctorate from the University of São Paulo.

Messa will be in charge of the Undersecretary of Betting and Commercial Promotion – the sector responsible for the regulation of lotteries and betting – which is finalizing the process of regulating sports betting. During the last 3 months, the unit has been expressing its views on the final studies and analysis so that the activity can be approved in the shortest possible time.

Now, the market expects that the new secretary will help with the process and finish all the studies so that the betting regulation is approved and that all the documentation made available to the sector, which promises to be one of the largest in Brazil and already attracts attention from several international players.

The new secretary also has several articles published in the areas of trade policy and productivity. He has worked as a researcher at Ipea since 2004, where he published the book ‘A Política Comercial Brasileira in Análise’.