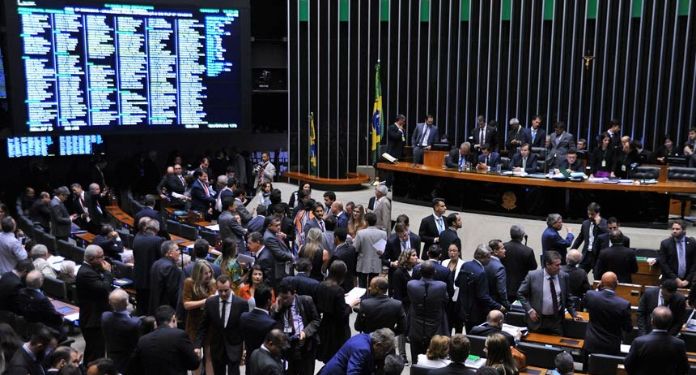 Bill 442/91, for the legalization of betting in all its aspects in Brazil, is being observed by companies and personalities in the sector around the world, who are anxiously awaiting the analysis of the project in the Federal Senate.

Many important names in politics and the iGaming industry have already reinforced the importance of the proposal for the country, highlighting the benefits that the segment can offer, such as job creation, opportunities and new sources of income.

The Câmara de Notícias Agency recently published an article that talks about the approvals of the Chamber in the last semester, where it cites PL 442/91 and how it will work in Brazil, if it is fully approved.

One of the controversial matters voted on by the Plenary of the Chamber of Deputies this semester is Bill 442/91, which legalizes gambling in Brazil, including casinos, bingos, Jogo do Bicho and sports betting. The proposal is under consideration in the Senate.

According to deputy Felipe Carreras (PSB-PE), permanent or temporary licenses will be granted to explore the activity. Each state may have one casino, with the exception of Minas Gerais and Rio de Janeiro, which may have two, and São Paulo, three.

The income obtained from the bets, discounting the prizes, will be taxed with up to 17%, as a Contribution for Intervention in the Economic Domain (Cide-Jogos).

According to the text, the casinos may be installed in resorts as part of an integrated leisure complex. In locations classified as tourist centers or destinations, the installation of a casino will be allowed, regardless of the population density of the state in which they are located. It will also be allowed the operation of casinos on river vessels, one for each river with 1,500 km to 2,500 km in length; two for each river with a length between 2,500 km and 3,500 km; and three per river with a length greater than 3,500 km.

In the case of bingo, the text allows its permanent exploitation only in bingo houses, allowing municipalities and the Federal District to explore these games in stadiums with a capacity of over 15 thousand fans.

For the legalization of the Jogo do Bicho, the text requires that all the licensee’s records, whether of betting or extraction, be computerized and with the possibility of access in real time (online) by the Union, through the Audit System and Control (SAC).

If, after 12 months of validity of the future law, there is no regulation, the provisional operation of videobingo, bingo and Jogo do Bicho will be authorized throughout the national territory until the regulation is released.