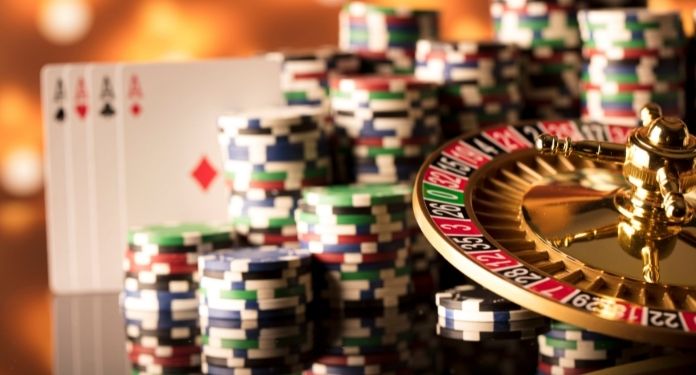 With gambling legalization getting closer and closer to taking effect in Brazil – if it is approved by the Senate after this year’s elections – there are many questions to be debated about the benefits and challenges for this regulation to happen in the right way.

The Legal Framework for Gambling has been around for a long time and seems to have great support from the population and politicians, despite facing resistance from the evangelical bench. In fact, there are several positives and points of caution to be considered before fully regulating betting.

FecomercioSP recently published an article where it analyzes through its Tourism Board the challenges and benefits of legalizing gambling and casinos.

Check out the news about the betting games in full below

Prohibited in Brazil for about 80 years, the issue of legalization and exploitation of gambling in the country was once again discussed in the National Congress. Brazil, according to a survey carried out by Instituto Jogo Legal, is the largest exporter of casino players in the world, with approximately 300,000 people traveling abroad each year in search of these activities.

The subject comes up again with a new fact in favor of its defenders: the need to create jobs in the face of worrying indicators resulting from the ongoing economic crisis.

Unlike what happened in other countries that coexist harmoniously with the activity, it is worth remembering that since its “ban” in Brazil, in 1946, gambling still faces ethical and moral prejudices. With the ban, dozens of casinos were extinguished and, consequently, thousands of formal jobs, with several negative consequences – especially in tourist locations, in addition to stimulating the expansion of clandestine activities (from the animal game to organized crime).

For the FecomercioSP Tourism Board, the subject, which is extremely controversial in society, should be analyzed with the utmost caution. See, below, what the Entity thinks about the benefits and the enormous challenges that are imposed on legalization.

Points that need further discussion, both in society and in Congress

Something that needs to be taken into account is that, with the legalization and liberalization of games in different regions of a continental country, this can mean the dilution of the potential of tourist attraction and of local social and economic developments, relevant objectives of the proposal – for example of what happened with the government’s decision on the occasion of the 2014 World Cup, to encourage the construction of stadiums in 12 host cities, when not all of them had the potential or capacity to become a major tourist attraction pole.

This points to the need for capacity from a structural point of view – fundamental for the development of tourism in a region –, for example, the available air network.

In addition, it is necessary that the executive public inspection bodies are sufficient and with an adequate structure to control the games, in order to avoid (and not allow) criminal and mafia actions, as well as to prevent the use of the game as a possible channel for laundering of money. cash.

It is also necessary that public safety and health structures are able to bear the possible consequences of pathologies associated with gambling, such as an increase in the dependency rate and addiction to alcohol and drugs.

Companies with know-how in casino operation are mostly international. It is necessary to know how they will be able to operate in Brazil, in the midst of legislation that provides for a market reserve for national companies.

Positive points to consider for legalization

Gambling is legal and regulated:

Even after 80 years of prohibition in Brazil:

The legalization of gambling in Brazil:

FecomercioSP highlights the vast history of comings and goings involving gambling in Brazilian society. In 1941, the government of Getúlio Vargas made gambling with roulette illegal in Brazil, the same year in which gambling was classified as a criminal offense in the Penal Code. In 1960, the game was nationalized in Brazil, based on the federal lotteries launched at that time, as a way of putting an end to the Jogo do Bicho. In 1992, the International Code of Diseases, of the World Health Organization (WHO), includes the game in its list.

According to information from Instituto Jogo Legal, the lottery service was recognized as public in 1932. Qualification maintained in decrees of 1943, 1944 and 1967. A decree from 1941 that deals with the “Criminal Misdemeanor Law” prohibited the animal game, while another one from 1946 banned casinos and gambling. In other words, after 70 years of the last law, the regulatory framework for the activity has not yet been updated.