Início Legislation Exclusive: the effect of the draft bill that regulates the sports betting... 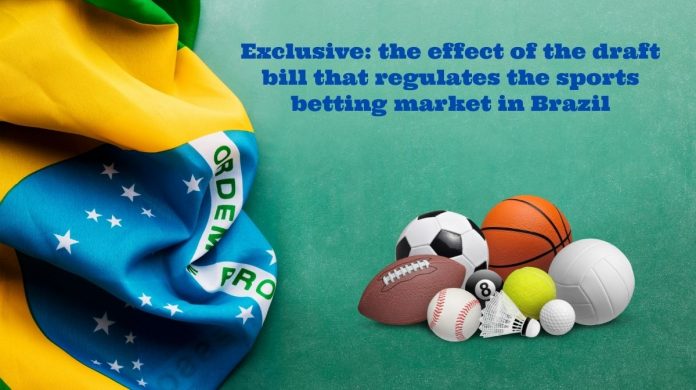 After the release of the draft that regulates the lottery of fixed-odds bets, dealt with in article 29 of the law n 13,756 of December 12, 2018, we went to hear what some experts on the subject think about it.

iGaming Brazil sought and talked to experienced lawyers in the Sports Betting sector, to know their opinions regarding what was published.

Check out what each one thinks:

Witoldo Hendrich Júnior, founding partner of Hendrich Advogados and CLO of Online IPS Brazil, commented: “I have seen many people saying that the 22 million reais are excessive and that they only favor foreign operators. Will be? Let’s look at the emerging Brazilian stars in the industry and marketing sponsorships and property acquisitions. Judging by the amounts involved, 22 million does not seem absurd to me. The government is not silly and it also sees these figures circulating”, says the lawyer. “To think that it would be different is naive.”

Witoldo also adds that it may prevent new and small entrants, since the sum of R$ 22 million is really quite high. “But is this value expensive or is it cheap?”, asks Witoldo. “Expensive and cheap are part of a concept that is not absolute, but relative. A Ferrari for 100 thousand reais is cheap, a Fiat 147 of the same price is expensive. If the government does its part, preventing the illegal gambling practiced today on every street corner, R$ 22 million is cheap. If the government does not curb illegal gambling, R$22 million will be expensive for the operator,” he concludes.

Neil Montgomery, founding partner of Montgomery & Associados, said that he was very happy with this resolution because “finally the Brazilian Government listened, not only to what I have always said, as I am a fervent advocate of the authorization model and licensing without limitation of the number of licenses. It is very positive that they followed this path and not the concession, although at the end of the decree there are some provisions that may initially limit the number of licenses, but I hope that this is not the case and that they have the human resources available to process perhaps the large number of requirements”.

And as for the value of the license, Neil believes it is quite high, compared to most countries, as he considers the 5-year term to be short. “Divided by the current exchange rate, it is 4.5 million dollars, 880 thousand dollars per year, a very high value, increasing the financial requirement, leaving smaller operators out of the market, remembering that Brazil has 400 to 500 operators in its entirety..”

Neil believes that whoever is willing to invest in this amount must count on the Government’s counterpart to having an enforcement, that is, the execution of measures and punishments for those who do not have a license. “Therefore, the decree will need complementary legislation that gives this guarantee to operators who want to go ahead and invest this amount.”

“The opening of branches will also have to have the approval of the Government before obtaining the license, but nowadays this process is much more agile, reaching up to a week.”

He adds that he was generally favorable “although the license price is a limiting factor”.

iGaming Brazil also spoke with Luiz Felipe Maia, a partner at FYMSA Advogados, in São Paulo, and he believes that the draft decree shows a maturity of the regulator in relation to the theme: “several important themes are reflected there, it shows that it was really done an extensive and quite in-depth work.”

He adds that there are some decisions of an administrative political nature that he believes can still be discussed. “The value of the license is quite high compared to most jurisdictions around the world, in addition to the fact that guarantees will have to be presented, making the market not so accessible for operators.”

For him, this raises an issue that is the competition that the black market will have with the legalized market, because in his opinion it should be taken into account that Brazilian law does not offer many mechanisms to combat offshore for the operator.

Another point that Maia highlights is the issue of the regulatory sandbox, which is an extremely intelligent solution for him. “When you use the regulatory sandbox to limit the number of licenses in the first 12 months, it can create a somewhat complicated situation, a situation of a possible lack of transparency in the process, it can create a situation, an imperfect competition market because in During the transition period between licenses, there will be a period in which companies will be able to continue operating abroad, making economic incentives a little dissonant“, he analyzes.