Início Legislation Understand how the project to release gambling is being evaluated at the... 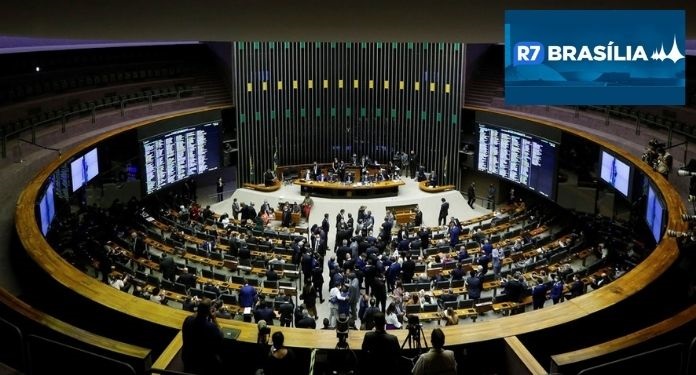 The regulation of games in Brazil is gaining more and more space among parliamentarians, the media and civil society. With the country still facing the effects generated by the COVID-19 pandemic in several segments, the Gambling Regulatory Framework emerges as an option to help with the economic recovery.

At the end of last year, the proposal was approved as a matter of urgency in the Chamber of Deputies and should be put to a vote in February. This forecast was released by the president of the House, Arthur Lira (PP-AL).

Rapporteur of the project that releases gambling in Brazil, Felipe Carreras (PSB-PE) declares that it is essential to regularize this sector to open more jobs and so that the government can collect more. In an interview with R7, the deputy pointed out that illegal games in the country move more than R$ 27 billion annually.

Therefore, the R7 portal presented all the details of the Gambling Regulatory Framework in Brazil in a report published this Monday, 17th. Check out the full text below!

Understand the project to release gambling under evaluation at the Chamber

Controversial subject in parliament, the Gambling Regulatory Framework in Brazil, which provides for the legalization and regulation of gambling, should enter the voting agenda of the Chamber of Deputies as soon as the legislative work returns, in February. The forecast was announced by the president of the House, Arthur Lira (PP-AL), at the end of last year, in the last sessions. At the time, they voted on the urgency of the text and Lira started the discussions. The matter has been going through for 31 years and, since then, it has received other additions.

The matter is reported by Felipe Carreras (PSB-PE), who presented in plenary, at the end of 2021, a new report, with some changes, such as the inclusion of the Jogo do Bicho after discussion with parliamentarians from the public security bench.

Last year, to R7, Carreras defended the need to regularize gambling to generate more jobs and so that the Brazilian state can collect. In one of the previous reports, the text points out that “it is estimated that illegal gambling in Brazil move more than BRL 27 billion per year, surpassing by almost 60% official gambling, which generate BRL 17.1 billion”.

Among those who point out problems in the release, the vice president of Tax Affairs of Anfip (National Association of Tax Auditors of the Federal Revenue of Brazil), Crésio Pereira de Freitas, says that gambling has a “high social cost”. “While it is a change that can create jobs, as advocates say, and increase federal revenue, there is a high social cost,” he says. For him, the liberalization of gambling is accompanied by an increase in prostitution, drug trafficking and money laundering.

The project is widely criticized by the opposition, which points out that the working group formed by Lira, in the second half of last year, discussed the matter little.

See below for details on what the article provides:

The project provides for the practice and exploration of casino, bingo, video-bingo, online, Jogo do Bicho and turfistic bets (horse racing). The exploitation of games can only occur by legal entities licensed by the federal regulatory and supervisory body. In the case of horse racing, the entities need to be accredited by the Ministry of Agriculture, Livestock and Supply and may request a license to also explore bingo and video-bingo games.

Entities that wish to explore gambling will need to have the registration of gambling agents, physical establishments, machines and gamblers. The project proposes the creation of a “National Gaming and Betting System”, composed of, among others, a regulatory body, a federal supervisor and the entities operating the games.

The proposal establishes a tax, the CIDE-game, with a rate of 17% for games, in addition to the inspection fee for issuing the license. In the case of prize winners, personal income tax (IRPF) will be levied at 20% of the net winnings (ie, discounting the amount paid to bet). There will be an exemption if the value of the net gain is up to R$ 10 thousand. CIDE resources will be distributed to different areas, most of which will go to the Municipal Participation Fund (20%) and the State Participation Fund (20%).

In the case of casinos, the interested company must have capital of at least R$100 million. The license is valid for 30 years, renewable for an equal period, and the license of more than one establishment per state to the same economic group and more than five to the same economic group in the national territory is prohibited. The text provides that, for the license, it is necessary to observe as selection criteria points such as the number of jobs to be created, but it does not establish rules in a specific way.

The text determines that casinos must operate in integrated leisure complexes built for this purpose. These complexes must have high-end hotel accommodations, with hotels with at least 100 rooms; places for holding large-scale social, cultural or artistic meetings and events; restaurants and bars; and shopping centers.

Bingo and Jogo do Bicho

In the case of bingos and Jogo do Bicho, the license also takes place through an auction, and the company needs a share capital of R$ 10 million. Game explorers must also present, in order to obtain a license, a resource reserve in guarantee for payment.

One of the most important points of the text is the provision that, in the Jogo do Bicho prizes, it will not be necessary to identify the player up to the income tax exemption limit – that is, up to prizes of R$ 10 thousand.

There is a limit of one bingo for every 150,000 inhabitants per municipality. Spaces can have a maximum of 400 video bingo machines. It is possible to use stadiums with a capacity of over 15,000 seats. The text also points out that, in the case of bingos, the authorization for exploitation is for 20 years, renewable for the same period.

The possibility of money laundering is one of the problems raised by those who criticize the project. The article tries to bring ways to avoid this, providing a management program with a “cashless” system, “which prevents the introduction of coins or banknotes into electronic machines and gambling tables”.

This system, according to the text, will imply the storage of credits in a card, with the identification of the player, in a single account, prohibiting the insertion of ballots or coins in electronic machines or any type of game.

Anfip vice president, Crésio Freitas, says, however, that the mechanism is not enough to prevent corruption. “There may be collusion between the house or an official with a corrupt person, simulating names, for example. There are many ways to launder money. And, as we tighten the systems to curb some forms, others emerge”, he says.

Excerpt from the article determines that all players are identified by CPF and identity. One passage, however, opens a gap for gamblers of the Jogo do Bicho, when it allows for the identification of winners of tax-exempt prizes (up to R$ 10,000).

The text does not clearly set out how the actions to prevent money laundering will be, other than the proposal not to use banknotes or coins. One of the passages says, for example, that it is up to the operating entities themselves — that is, the private groups that will operate the games — to implement a policy that seeks to “prevent their use for money laundering and terrorist financing practices.” ”.

These operating entities will also be responsible for collecting data and updating registration data to identify gamblers, employees and outsourced service providers. They must register the bets and identify suspicious situations, as well as inform them to Coaf (Council for Control of Financial Activities). The body must be informed in the event of receipt or payment, isolated or aggregated in one day, of bet values ​​equal to or greater than R$ 10 thousand.

Game addiction is called “gambling”, recognized as a pathological addiction. The issue is one of the points cited by those who are against the legalization of gambling in Brazil.

The project brings some proposals in this sense, such as the registration of prohibited, a database of gamblers prevented from entering gaming environments.

The text provides for the creation of a National Registry of Prohibited (Renapro), where the names of these people will be kept. The article points out that the companies that control the games must develop measures to ensure “the practice of the game in a moderate, non-compulsive” and responsible way, but does not determine clear actions.

The project also proposes the creation of a specific list of crimes against gambling and betting, criminalizing anyone who exploits any type of game “without meeting the requirements proposed in the regulatory diploma”, providing that the “illegal exploitation of games is no longer a misdemeanor”. criminal and becomes a crime”, with a prison sentence of up to seven years.

It would also be on the list of crimes to defraud the result of the game or bet and impose difficulty in the inspection action of the Public Power. One of the excerpts of the article also provides that, in the case of the money laundering law, the application of double penalties to crimes committed with the aid of the exploitation of games and bets.