Início Legislation STF is questioned by the party about the prohibition of the private... 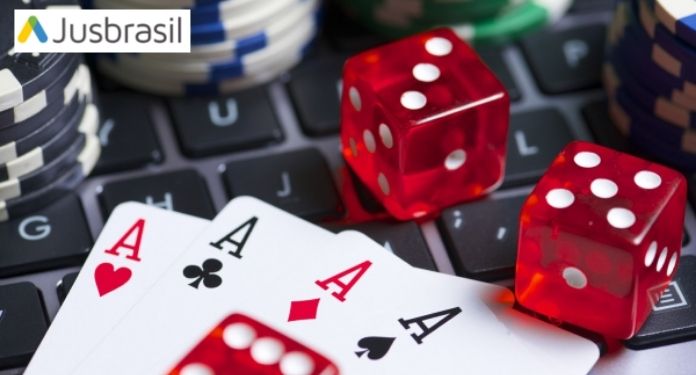 Betting games are increasingly present in the Brazilian scenario, whether in sports betting, online betting and several other modalities not yet regulated.

According to the Instituto Brasileiro Jogo Legal, around 30 million Brazilians make bets on illegal games every day, demonstrating the risk of it continuing without adequate regulation.

Due to the potential that the modality has shown, many companies seek to understand even more about everything that games can offer. However, the text below, taken from JusBrasil, shows a question made by one party about the prohibition of the private sector in exploring gambling and casinos.

Check out the news about betting games published in JusBrasil below

The Humanist Solidarity Party filed ADPF 563 with the Supreme Court, with a preliminary injunction, to challenge the ban imposed on the private sector on the exploitation of games of chance. For the party, the fence is in disagreement with a CF/88.

The caption questions article 50 of the decree-law 3688/41 – the law of criminal misdemeanors – and the decree-law 9215/46, which prohibited the practice in the country. According to the party, the rules artificially created a state monopoly in the exploitation of games of chance in Brazil. The caption maintains that the prohibition offends fundamental rights and freedoms, and the principles of the economic order of free enterprise and free competition, in addition to violating the rules of direct exploitation of economic activity by the State.

According to the PHS, the legal concept of gambling is one in which the player, with his abilities, cannot interfere with the final result. Thus, he argues that the exploration of this economic activity is legal in Brazil, since, in lottery games operated by Caixa Econômica Federal – CEF and by state lotteries, the player depends exclusively on luck to win or lose.

The party argues that the release of gambling exploration by the private sector “is a clear opportunity to generate income, jobs and tax collection, in a context in which federated entities need economic alternatives to resume growth”.

Thus, on the merits, it asks that article 50 of decree-law 3688/41 and decree-law 9215/46 be declared not accepted by CF/88. The report on the process was distributed to Minister Edson Fachin.

With the arrival of Getúlio Vargas to power, in 1930, several decrees stimulated the construction of the casinos. At the time, the gaming tax started to be collected by the municipalities. Thus, municipal governments started to encourage the practice, making casinos prosper in the country between the 1930s and 1940s.

It is estimated that, during this period, Brazil had more than 70 bookmakers spread across several cities.

At the time, the venues became not only gambling houses, but also entertainment centers, with the entry of minors under 21 years old being prohibited in casinos.

In 1946, three months after assuming the presidency of the Republic, General Eurico Gaspar Dutra signed the decree-law 9,215/46, definitively prohibiting the practice and exploitation of games of chance by the private sector in the country.

According to the norm, the President of the Republic, upon signing the decree-law, considered that the repression of games of chance is an imperative of universal conscience, with the penal legislation of different peoples having precepts towards this end. The then president considered the moral, juridical and religious tradition of the Brazilian people, contrary to the practice and exploitation and games of chance, and considered that, from games of chance, harmful abuses to morals and good customs resulted. Some say that the ban was actually made at the request of the then president’s wife, Dona Santinha.

At the time of the ban, several newspapers and politicians, including those opposing the then president, reacted favorably to the ban on the practice. With the repercussion of the decree-law, the then deputy Barreto Pinto, who was later revoked for granting an interview in his underwear, proposed a clause in the Constitution in force regarding the ban on games. However, the amendment was rejected.

Despite the approval of the media and politicians, anti-ban movements emerged among the population. A marchinha was even produced by critics of the decree-law. “Given the raw order / How many unemployed people in the street / But the gambling continues / Horse racing / You can bet / Lotto and lotteries (bis) / They exist everywhere”, says one of the excerpts of the song.

The release of games of chance has already been the subject of bills. In 2014, senator Ciro Nogueira presented to the Senate o PLS 186/14, on the exploration of games of chance and definition of rules and authorizations regarding this practice. After awaiting analysis by the plenary, however, the proposal was filed at the end of the legislature, in accordance with the terms of article 332 of the House’s Internal Regulations.