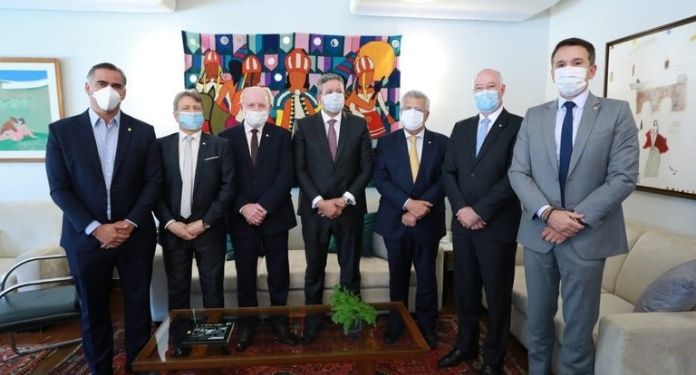 Accompanied by members of the Tourism commission, the president of the collegiate, deputy Bacelar (Podemos/BA), met this Tuesday morning (31), in Brasília, with the president of the Chamber, Arthur Lira (PP/AL), to talk about resumption measures and the Regulatory Framework for Gambling in Brazil.

In order to discuss the commission’s agenda of priorities, the meeting aimed to identify common agendas and outline goals and strategies for the approval of legislative measures that favor the resumption of Brazilian tourism.

At the meeting, the parliamentarians highlighted the importance of updating the General Tourism Fund, which are the lines of financing intended for entrepreneurs in the local tourism production chain; the need to guarantee a bigger budget for the Ministry of Tourism and the creation of a source of income for Embratur.

Another issue that also gained prominence was the creation of the Regulatory Framework for Games in Brazil (PL 442/91). The project is awaiting the vote in Plenary and was identified as something essential by Bacelar for the country at this time.

Bacelar pointed out that Brazil has lost R$376.6 billion since the worsening of the new coronavirus pandemic in the country, in March 2020, until May this year. Another alarming fact pointed out by the chairman of the commission was the reduction in formal jobs, in addition to 59% in sales and 58% in the creative economy.

For him, the tourist activity is one of the most relevant for the economy and the generation of employment and income.

“To give you an idea, in Brazil, tourism participates with 10% of the GDP and generates 9% of formal jobs in this country. This sector, which is so important to our economy, was the most affected by the consequences of the pandemic”.

Also according to Bacelar, Arthur Lira recognized the need for the federal government to invest more in the sector and pledged to streamline the agendas of interest to the tourist trade.

“The meeting was extremely positive. We have a sensible president, who underscored the importance of public policies for promoting tourism and encouraged the commission’s work to continue. We have a great ally,” he concluded.