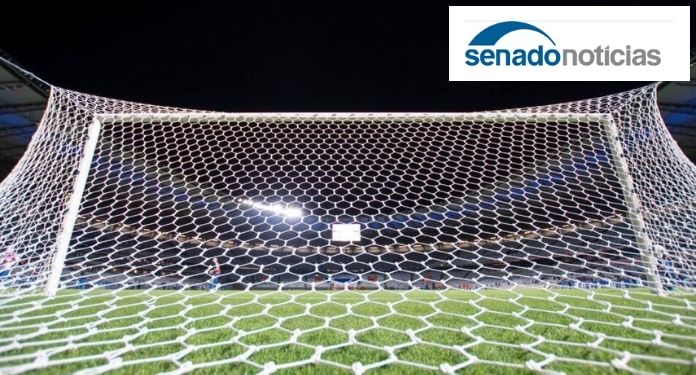 The club-company proposal, which encourages Brazilian teams to become companies, is expected to be voted in May in the Federal Senate. This is the expectation of the President of the House, Rodrigo Pacheco, who is also the author of the proposal (PL 5.516 / 2019).

“I presented a project that creates a Sociedade Anónima do Futebol and allows the private initiative to participate in the clubs without denaturing the values ​​of the club, the color of the shirt. It is a project that seeks to professionalize clubs. We estimate that it should be approved in May,” he said. Pacheco, in conversation with the businessman Abilio Diniz, this Thursday, 22.

The club-company bill establishes the creation of a specific corporate structure for football – the Sociedade Anónima do Futebol (SAF), which differs from what the legislation provides for today. It is a model that allows the issuance of bonds, with the regulation of teams by the Brazilian Securities and Exchange Commission (CVM).

The intention is that the teams have the chance to obtain funds through the issuance of debentures, shares or investors. The text further states that clubs can either become SAFs, or create a SAF as a subsidiary, with assets linked to football.

With this project of the company club, individuals, companies and investment funds will have the opportunity to participate in the management of the teams. Currently, Brazilian clubs are mostly characterized as a non-profit civil association.

With the project, SAFs could pay less tax than a traditional company. Since the proposal still establishes an optional tax system, of a transitory nature, called “Re-Fut”, with the single payment of 5% of monthly revenue, determined by the cash regime.

Club-company can professionalize management and increase revenues of Brazilian teams

According to Pacheco, who presented the project based on the ideas of sports law specialists, SAF tends to improve management and raise the teams’ incomes, in addition to making it possible for sports talents to spend more time working in national football.

He points out that he was inspired by successful business models in Portugal, Spain and Germany, as well as betting on the project as a way to overcome the scenario of high indebtedness of Brazilian teams.

“In addition to being one of the most important cultural and social phenomena in this country, football has proved to be an economic activity of great national relevance: the main clubs generate billions of reais in revenue, employ thousands of people (directly and indirectly) and move real people consumer goods and service industries, ”said Pacheco in an interview with Agencia Senado.

The final design of the project to be put to the vote in the Plenary must be presented by Senator Carlos Portinho (PL-RJ), nominated by Pacheco for the rapporteur. Portinho, who is a lawyer specialized in sports law, promoted debates with teams, specialists and entities and federations to collect suggestions for the text. If approved in the Senate, the bill will be sent to a vote in the Chamber of Deputies.

German Games Treaty to enter into force across the country

OAB-DF discusses regulation of the gambling market in the country