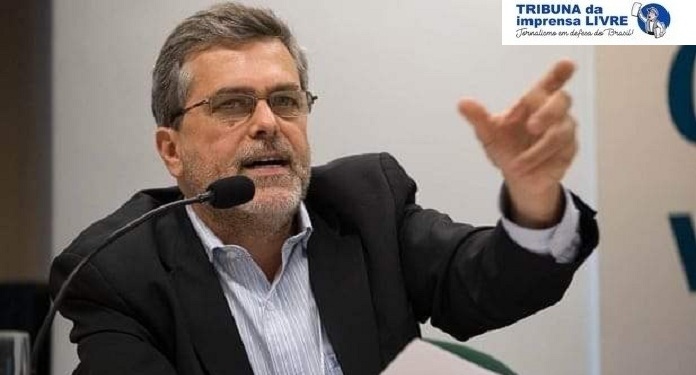 Between February and March, journalist Luiz Carlos Prestes Filho conducted and published 30 interviews on the Tribuna da Imprensa Livre website on the regulation of the betting and gambling market administered by the private sector in the country.

The journalist spoke with politicians, businessmen, artists, tax lawyers, lawyers and engineers. In a recently published text, Prestes Filho took stock of all the work done and regretted not being able to hear people who today play games considered illegal in the national territory.

“People who live outside the law because of the authoritarian rubble that still rules the country created by the dictatorship of the Estado Novo (1937/1945) and strengthened by the Military Dictatorship (1964/1989). Legal provisions that unemployed thousands of workers in Brazilian casinos in 1946; thousands more in 2007, when the bingos closed, which had been authorized by the Pelé and Zico laws; and that have kept thousands of scorers of the Jogo do Bicho illegal for 120 years ”, he commented.

In addition, he stressed that he did his special in opposition to Grupo Globo, which produced a “film and coward about the historic bicheiro Castor de Andrade. Great supporter of the Brazilian carnival, friend of the patrons Anísio Abrão David, GRES Beija-Flor de Nilópolis, and Ailton Guimarães Jorge, GRES Vila Isabel, to whom the filmmakers did not give a voice ”.

he direction became even clearer after the report by the newspaper O Globo, entitled “New chiefs of the Jogo do Bicho in alliance with militia”, on February 21 of this year. For the journalist, the story does not present evidence, only allegations and compromises people and organizations.

Prestes Filho questions the position of the traditional press

He recalled that in 2018, O Globo also published an editorial defending the liberation of the gambling market in the country: “The Best is to Legalize the Game to Regulate it”. Since the 1946 ban, technological development has invalidated a ban unable to contain the practice on electronic channels. And, just put servers abroad where there is a satisfactory tax condition for gambling and from there offer to national bettors.

“Could it be that the investigative reporter from O Globo, Chico Otavio, does not investigate the editorials of the newspaper where he works? From the articles he wrote, since 2018, going against the regulation of gambling, I deduce that not! ”, Questioned Prestes Filho.

According to Russian Minister Viktor Ivanov, who is responsible for an organization that oversees money laundering: “Drug manufacturers are left with only 5% of the profit. Those responsible for transportation, with 30% or 40%. The rest goes to organized crime, which launders money. And there is no doubt that the global banking system is one of the biggest beneficiaries. In the lack of chronic liquidity that we see today, banks need resources to generate credit, and the tolerance is great. In Russian, we say: for banks, money doesn’t smell ”.

This report is very relevant, because according to Prestes Filho, there are no complaints against gambling, bingos or casinos in the investigations made by this Russian entity. “Banks that launder money!”, stressed the journalist. The interview with the Russian minister was published in the newspaper “O Globo”.

In addition, the column by Ancelmo Góis, on the 4th of March, from the same communication vehicle, highlighted a meeting between the Mayor, Arthur Lira, and the Senate, Rodrigo Pacheco with executives from the 50 main Brazilian companies, at the beginning of the month. . The two parliamentarians said that one of the priorities will be the liberation of casinos in the country.

Growth of the betting sector in Brazil is undeniable since Law No. 13,756

The coordinator of the Mixed Parliamentary Front in Defense of the creation of the Regulatory Framework for the Games in Brazil, João Carlos Bacelar, in an interview published by Prestes Filho himself, pointed out: “Today, there is a minority that defends a law that is called in the Chamber of ‘ Sheldon Adelson ‘Law (in honor of the recently deceased American entrepreneur), which only allows the legalization of Resorts Integrated Casinos. We are adamantly against it. I have noticed that the movement in Congress is to regulate only three casinos and to deliver the monopoly of gambling in Brazil to investors in the United States. They want to push the unregulated market into criminal structures, which would be absurd. ”

Nowadays, social and digital networks have made it possible to transmit news in a broader and more favorable way to the legalization of games and betting in Brazil. Bearing in mind that the Sports Betting Law, No. 13,756, in 2018, even during the government of President Michel Temer, allowed the growth of this market and there is no way to ignore this issue. Since several bookmaker brands are stamped on club shirts from the main divisions of national football and helping other sports organizations.

Finally, the journalist wrote that he hopes that the main media outlets in Brazil will be able to deal with the issue by giving space to everyone involved in the gambling segment from now on. “I finish publishing this series of articles dedicated to the regulation of games administered by the private sector, with the feeling of a mission accomplished. We expanded the frontiers of the debate, former advocates of the cause met new actors, themes from the past were revisited and the new ones were introduced ”.