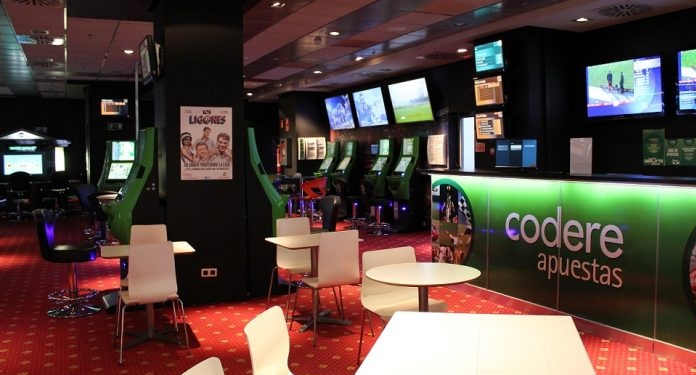 The new legislation prepared by the governor of Madrid, Isabel Díaz Ayuso will close the gambling houses near educational centers, while ‘it is possible to buy tobacco, alcohol, a lottery coupon or a scratch off at newsstands near a school.’

“We do not understand why they intend to attack an activity like ours, which is absolutely monitored by means of access control and identity registration”, appears in the association’s statement.

ATJUCAM spokesman Iñaki Angulo said: “If the law is passed as it stands, the vast majority of gambling establishments will disappear and with them, our jobs. It is unreasonable for a company that has a license and meets all requirements to be forced to close by arbitrary criteria and without any evidence or report supported by objective data ”.

Currently, more than 363 thousand people are unemployed in the Madrid region.

Angulo added: “ATJUCAM workers demand that Governor Ayuso make an effort to allow us to keep our jobs. We are in favor of measures that establish greater control and effective protection for players, as well as better planning that the sector has long requested for years ”.

According to the representative of the Madrid Game Workers’ Association, “what is not permissible is closing hundreds of companies under pressure from populist parties that just want to replace the game managed by private companies for public gaming”.

In addition, he stressed that the bill “does not meet new planning criteria and is not based on any kind of objective evidence or from a medical and / or sanitary point of view”.

Iñaki Angulo concluded: “It is surprising that the government of Madrid, which claims to be a defender of market freedom, practices discriminatory treatment against private gambling companies in Madrid, since it forces them to adopt measures that do not apply to establishments and sellers of lotteries and other games under public management ”.

Spain: celebrities will no longer be able to advertise bookmakers

Betting sites already point to favorites and underdogs after BBB 21...