Início Event Coverage Exclusive: Direct from SAGSE, Sebastián Vivot is optimistic about the future of... 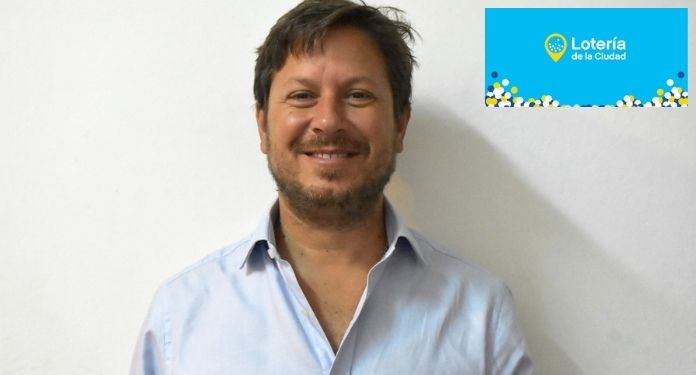 Lotería de la Ciudad de Buenos Aires was one of the first bodies to suffer from the loss of players during the pandemic. Having been inoperative for more than a year (until May 2020), it had its draws reactivated shortly thereafter, which could alleviate some of the damage caused by COVID-19.

LOTBA was born in 2016, under the custody of the Buenos Aires Ministry of Economy and Finance – and progressively began to receive the competences of the previous National Lottery. This occurred when the former National Lottery was extinguished in the Macri government, in 2016, through a decree signed by the then president and the head of government of the city, Horacio Larreta.

The personnel assigned to the extinct Lottery were almost entirely transferred to the new entity without major problems. The main job of the Loteria Nacional was to control the concession of the Floating Casino and the Hipódromo (transferring them to LOTBA), plus the “Quiniela” (local game) agencies in the Buenos Aires capital, as well as the games already registered previously, such as the so-called “telekino” or “Lotto”.

See the exclusive interview made by iGaming Brazil

iGaming Brazil – Sebastián, how do you see the SAGSE fair today, after its inauguration, in its 30th edition, how important is it for the city?

Sebastián Vivot – In fact, this fair has always been very important for the city of Buenos Aires, although we receive many fairs, we consider SAGSE the most important and the most representative of the Game in Argentina and as a reference in the South American region. After a difficult couple of years, where it was difficult to hold fairs, SAGSE continued to be active with other types of events and fortunately they were able to do so this year. We at the Buenos Aires Lottery are always supportive and we feel a bit like hosts because we are the local Lottery, in the city, therefore always with a mutual collaboration with the organizers and happy with the amount of people from all over Latin America.

iGaming Brazil – How does the Buenos Aires Lottery work with the main gaming companies and the casino here and in Latin America or in national terms?

Sebastián Vivot – Well, in Argentina, regulation is segmented in each state, there is no national regulation because it is the power of the provinces. I represent the City of Buenos Aires Lottery, we have our physical operators, with which we have interacted for many years, which are the Hipódromo Argentino de Palermo and the Casino de Buenos Aires, our own exploration of lottery games through agencies in the city and now we launch a few months ago the exploitation as permissionaires for online gaming.

iGaming Brazil – How does it work?

Sebastián Vivot – As for the model launched, it does not work under game licenses, but through permissions. The exploitation monopoly in the Constitution of the City of Buenos Aires is limited to the State. So what we are granting are permissions to sell and exploit the game, on behalf of the City of Buenos Aires Lottery. Definitely, the permissions are offered by LOTBA on behalf of the State, which is the last explorer of the games. These are online gaming permissions, not licenses as a bid.

We analyzed the technical standard presented by the companies, the project, responsible gambling issues, prevention of money laundering, all the patrimonial, commercial and legal antecedents that they have and of the companies that presented this information, I can say that they have all kinds, which it was what we wanted.

iGaming Brazil – How does the current economic crisis in the country affect Lottery players? And what habits did the pandemic change, did this dynamic change? Do people play more or less now?

Sebastián Vivot – The pandemic had a very big impact on our industry. I would say that the main thing was to demonstrate the need to have online games regulated. We lost for a long time the possibility of continuing to generate income and resources for the City through gambling, something that, for example, did not happen in Colombia, which, having regulated online games before the pandemic, were able to continue operating, including lotteries.

Fortunately, we were able to quickly open our lottery games channel, that is, it was the one that was stopped the longest, for obvious reasons, the casinos and the Hippodrome, by protocol, were closed longer and many losses in relation to that. Luckily, the situation is settling down and we are already returning to pre-pandemic numbers. But I believe the great learning for the region is: if the online game that grew a lot in the pandemic had been regulated earlier, we would have generated tickets for the state.

iGaming Brazil – This is the disadvantage that Brazil has, having nothing regulated, nowadays the Brazilian population, and many people in Latin America, are waiting for this to happen. That it be regularized and allowed to play both online and in person.

Sebastián Vivot – Exactly! Also, these resources go to illegal gambling, because the player plays the same way. I understand that Brazil has been very advanced in the regulatory project for a few years now, we are all very anxious, Brazil is the second largest potential market in the world if I’m not mistaken, and it is the largest in America and unfortunately they are losing a lot of resources because of this budget everything goes illegal. There has to be regulation because the customer demands it. You can’t turn a blind eye to that.

iGaming Brazil – And regarding resources, does LOTBA use part of its collection for social purposes? In Brazil there is the Citizen Income project presented with similar purposes.

Sebastián Vivot – Yes, 80% of what the Lottery raises goes to social purposes through the Ministry of Finance. The purpose of the Lottery is to regulate transparent gambling and generate resources for social development.

iGaming Brazil – Anything you want to add, projects, news and innovations from you?

Sebastián Vivot – No, I think that a very important moment is approaching in South America for the regionalization of online gambling, because countries are realizing that they have to open up, and we will see what the future holds in this regard. Thanks.