Início Event Coverage On its first day, SPORTEL focuses on the rise of eSports 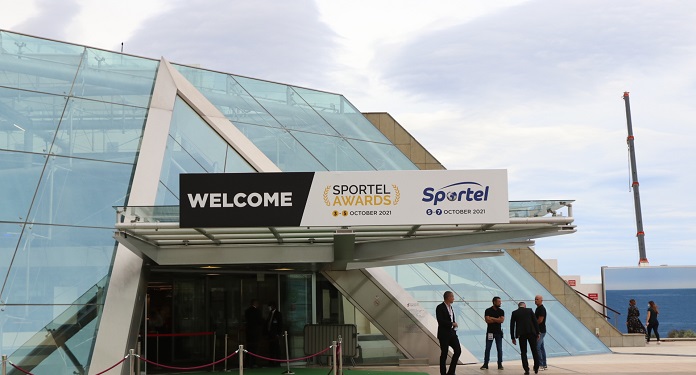 Leading global conference on technology, media and sports content, SPORTEL is taking place in Monaco, France. The convention, which runs through Thursday, 7, is the first fully international and in-person convention in 2021.

Therefore, the event is allowing the gathering of the world market, the presentation of new trends and a powerful networking between the main players and brands after the challenging last months.

With exhibitions, panels with experts and debates at the highest level, SPORTEL is making room for emerging and innovative systems with the intention of introducing new business and opportunities for commercial agreements.

iGaming Brazil is the only Brazilian gaming correspondent to provide coverage in loco and bringing exclusive interviews, special news and everyday records of one of the most important events on the world sporting scene.

Follow below the main points of this Tuesday, 5th, the first day of SPORTEL.

Highlights of the first day of SPORTEL Monaco:

Panel: The success of the LFL (French League of Legends)

The opening of the event in Monaco highlighted the success of the French League of League of Legends (LOL), bringing together Bertrand Amar (WEBEDIA) and Guillaume Rambourg (RIOT), as well as moderator Kevin Remy (ONE TRICK).

Bertrand Amar recalled that when the company started the partnership in France, it invested 1 million euros, something considered risky until then. But, the group was convinced that it would work even if the eSports market was quite recent.

Regarding the challenges during the pandemic, he revealed that it was easy to change all processes to the online medium, which allowed them to continue with LOL tournaments in this critical period. With the resumption of in-person events, the intention today is to promote more offline championships to engage the audience more and more.

The responsible for the French League, Guillaume Rambourg, highlighted the importance of the partnership with Webedia, due to the group’s expertise in this field. He recalled that the game has been on the market for 12 years and there is great satisfaction in the community for having become a competitive game.

“Currently, it is possible to identify those who are standing out on the teams so that organizations can become professionals, because, of course, many people still don’t play professionally”, he explained.

Rambourg reported that League of Legends has great growth potential because of the generational transmission over these years, ie, the appreciation for the game is passing from father to son.

Panel: eSports and Traditional Sports – Cultivating Crossover in 2021 and Beyond

Another highlight of the first day of SPORTEL was the panel focused on the integration between electronic sports and traditional sports. This debate was attended by Alexander Lewin (BLAST), André Flackel (INFRONT SPORTS & MEDIA AG), Richard Jakab (ESL) and moderated by Kirsty Endfield (SWIPE RIGHT).

André Flackel recognized that the investment process in eSports is still at an early stage and that this market requires more time to get results compared to business involving traditional sports.

“It’s the beginning of investment (in eSports) you can’t want immediate profit. You must first understand how the gaming community works. Selling a product in eSports takes more time than in traditional sports, you have to compare to see what works and what doesn’t”, he pointed out.

Flackel continued: “Women are still not that present in this industry. We need people who can move between the two worlds (eSports and traditional sport)”, adding that the product must have a very high level to attract the attention of enthusiasts of this medium: “the community can be brutal, you have to have a high quality product quality so as not to be massacred”.

Alexander Lewin also reinforced the need to invest in quality in electronic sports in order to provide entertainment to the public. “It is necessary to consider eSports as entertainment and focus on production quality as it exists in traditional sports. We need interviews between games”.

In addition, Lewin recalled that football teams are increasingly aware of the potential for expansion and involvement of electronic games. “Football clubs are increasingly involved in eSports, such as PSG for example”, adding that “investment in eSports is relatively cheap, it is a football player’s salary”.

‘Boom’ of eSports amid the suspension of traditional sports

ESL’s Richard Jakab pointed out a path for organizations that are joining the eSports business: “There needs to be more diversity in eSports. Finding a great influencer who can promote them is an educational process, we need to guide the audience.”

Jakab also cited the “boom” that the e-sports market registered the stoppage of major sporting events in the most critical period of the pandemic. “Last year was an exception in terms of audience because of the pandemic. There was nothing to watch and many people switched to eSports”.

Thus, eSports has consolidated itself as a worldwide fever. In recent years, the market already showed great expansion capacity and this trend was boosted. The expectation is that the sector will maintain this growth dynamic even with the situation returning to normal in the world.

Exclusive: Marcello M. Corrêa, from Loterj, assesses the future of state lotteries in the country