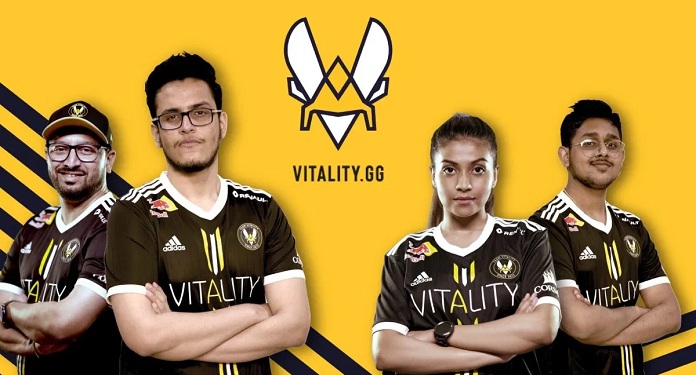 The VItality team, one of Europe’s leading electronic sports organizations, announced the launch of its operations in India. With the expansion, Vitality takes root in Mumbai and partners with some of India’s biggest content creators, including YouTube sensation Nischay Malhan.

The organization raised the possibility of a significant presence in India earlier this year and launched its Indian social media last month. The announcement marks the revelation of the team’s first plans for expansion, as it reinforces its commitment to the growth of the game in the region.

The focus is on building your local presence to establish a deeper connection with your fans in India. For this reason, the team teamed up with game content creators Nischay Malhan, Rachit Yadav, Nitin Chougale and Saloni Kandalgaonkar, whose YouTube channels, namely Live Insaan, Rachitroo, Classified YT and Mili kya Mili, have 10 million subscribers in total.

In addition, the organization is committed to creating a competitive industry in 2021, with the ambition to become the best e-sports team in the country. Based in Paris, Vitality has eight high-performance teams in nine games and more than 50 athletes from 13 nationalities.

Vitality planning for expansion in India

With its presence in India, the team is ready to help the country’s gaming enthusiasts unlock their competitive potential. The Counter-Strike: Global Offensive (CG: GO) team recently took the lead in the world ranking, establishing itself as the best team in the world.

Vitality CEO Nicolas Maurer said: “We strive to build winning teams on the international stage. Our entry into India is a major milestone and part of our commitment to conquer the world of eSports. Our mission is not only to form professional teams, but also to become the most popular eSports brand in the country ”.

Randall Fernandez, the institution’s manager, also spoke. “This is an interesting time to enter India. With professional eSports growing significantly in the country, our approach will include finding new talent and offering them the opportunity to join the Vitality team. “

He concluded: “Next, we will focus on raising your performance to the standard of our sports athletes. Expect to see new Indian electronic sports stars winning tournaments as part of our team very soon. ”

As cited by Vitality representatives, the eSports market is growing significantly worldwide. The year 2020 generated an acceleration above the average for the sector, reaching new audiences and increasing interest in betting in electronic sports competitions.

Experts argue that the paralysis of traditional modalities due to the pandemic of the new coronavirus helped this process of popularizing bets in the sector, which should not slow down even in a post-pandemic scenario.