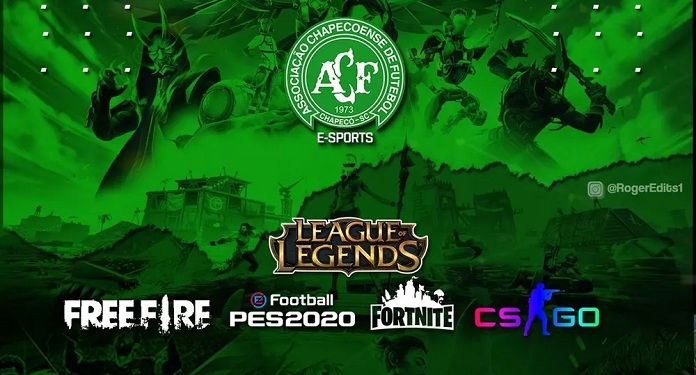 The Brazilian soccer club, Chapecoense announced that it will start investing in the electronic games market. This is because the team from the West of Santa Catarina will form teams to compete in championships in five categories.

“Chape is one of the biggest clubs in the country, a brand with a lot of commercial potential, I believe it will be a successful partnership, which will bring good results to both parties”, said Guilherme Alarico, one of the creators of the project.

Chapecoense in the eSports

Chapecoense enters the electronic sports sector at a time of rise. Because eSports were hardly affected by the social distance measures taken to contain the new Coronavirus pandemic

Around the world, this market is growing rapidly and arousing the interests of the most varied sectors, brands and companies. In addition to the Santa Catarina team, some other Brazilian clubs are already investing in electronic games both on their own and in a partner system, as announced by Verdão do Oeste.

While preparing for this new onslaught, Chapecoense is qualified for the final of the Santa Catarina Championship and aims to access the Brazilian Championship Series A on the field.