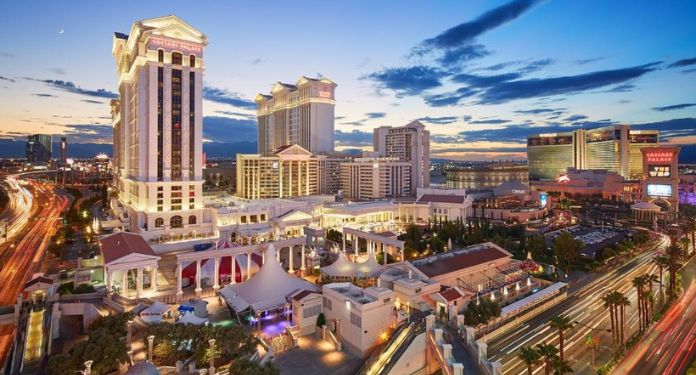 Caesars Palace Las Vegas will celebrate its 56th anniversary on August 5th with a series of promotions at several of its Caesars Entertainment resorts, in an event called ‘Empire Days’.

Guests in Las Vegas can receive up to 40% off hotel rooms on an offer that is available through August 8 (and valid for travel through May 31, 2023).

Ticketed shows at the same resort are up to 25% off, and guests can catch the likes of John Legend, Sting, Shania Twain, Jeff Dunham and more.

The resort will also offer discounts on many spa treatments, while its restaurants have also created several special ‘Empire Days’ menus.

Last but not least, Las Vegas guests who enroll in the Caesars Rewards program will be eligible to win up to $100 in casino games.

In recent news, Caesars ranked high on the Disability Equality Index, while most of Nevada saw its 16th straight month of $1 billion in gross gambling revenue.

However, despite the great results, floods have recently hit parts of the Las Vegas Strip and downtown Las Vegas. Circa Sports was one of the companies that showed its ability with the Las Vegas unit after making a “fast” recovery from flash floods to re-establish its bookmaker in just four days.

Caesars Entertainment is a betting company focused on the entertainment of casinos and the good service of resorts, being recognized by many as the largest gaming company in the world. The group owns the World Series of Poker (WSOP) and several social game developers, all under their Playtika division.