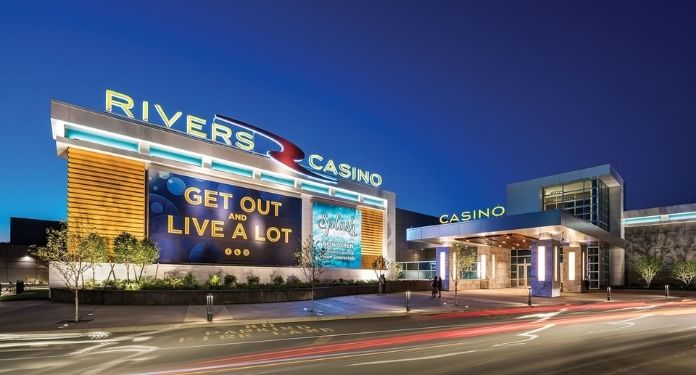 Rivers Casino & Resort Schenectady is bringing back the ‘Cage Wars’ in a night of MMA-style entertainment.

The event will return to the New York facility on March 11, having previously sold out a number of similar competitions. The most recent event, ‘Cage Wars 50’, took place on January 21st and featured 13 fights in the Octagon.

The upcoming event will feature a similar number of fighters to previous shows, with the fighters chosen by a selection of local and regional amateurs fighting in the cage. Audience members will be able to place bets on the fights while watching.

In addition to cage fighting events, the facility recently announced its upcoming entertainment schedule for the year 2022.

Among them, we can mention: the band The Oak Ridge Boys (March 13), country singer Aaron Lewis (April 15-16) and Melissa Etheridge (June 17).

MMA events have continued to grow in popularity over the past decade, spearheaded by professional organizations such as the UFC and Bellator. So much so that gambling and MMA brands have entered into financial agreements that seek to expand the sport.

In March 2021, DraftKings entered into a $350 million deal with the UFC, acquiring promotion and sponsorship rights for the next five years.

In 2021 the Chicago Bears and operator Rush Street Interactive, which owns BetRivers and Rivers Casino, agreed to an exclusive multi-year partnership this week.

Under the terms of the collaboration, BetRivers and Rivers Casino received a mix of prominent signage in the stadium, and digital, social and print assets. Additionally, BetRivers is the starting partner of the team’s Custom Free Play on the official Chicago Bears app.