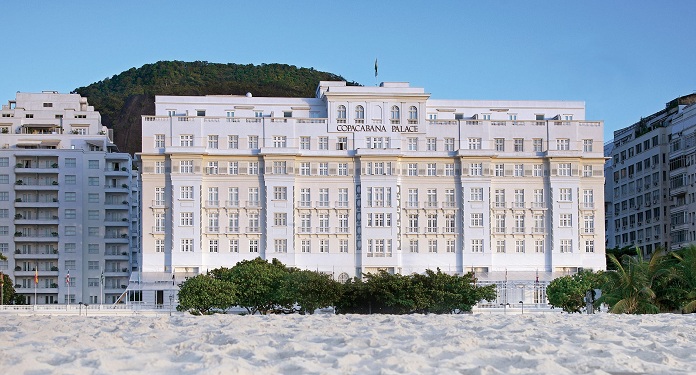 One of the most relevant developments in Rio de Janeiro, Belmond Copacabana Palace has a new general manager, the Portuguese Ulisses Marreiros, who has more than two decades of experience in the international hospitality segment.

He has commanded La Residencia, in Mallorca, Spain, since 2013, accumulating tickets through luxury resorts, in paradisiacal places like the Maldives. Marreiros is coming to Brazil to replace Andrea Natal, who stayed in the role for the past 18 years, but said goodbye to the position at the end of 2020.

The Copacabana Palace is a well-known establishment and one of the great highlights of the Marvelous City. And the new supervisor will use his extensive experience in the hospitality industry to run the place.

He has training in hotel management from the University of Algarve, and several leadership and management courses at Harvard Business School, Bocconi University and Cornell University. In addition, Marreiros is fluent in English, Spanish, German and Italian and passionate about action and culinary sports.

Possibility of return from the casino depends on legalization of gambling

In general, the Brazilian likes the thrill of betting, whether in the games of his club of the club of the heart or at a poker table. For a long time, the Copacabana Palace casino was a sophisticated and glamorous environment, except that since the 1940s the game has been banned in Brazil.

However, the regulation of the gambling sector is on the agenda in Brazil and may soon become reality. In a survey by the Brazilian Institute of Legal Games and Paraná Research, 238 federal deputies in 2019 received the following question: “Are you for or against the legalization of all games of chance in Brazil, that is, the legalization of casinos, Jogo do Bicho, bingo halls, video-gambling and online games? ”.

About 52% of the participating politicians, were in favor of legalization, 40% said they were against it, while 7% did not want to give their opinion. In the Federal Senate, there are four bills that address the issue. The most advanced proposal is PLS (Senate Bill) 186/2014, by Senator Ciro Nogueira (PP / PI).

The text defends the liberation of the exploitation of games of fortune in a physical and online way throughout Brazil, encompassing animal games, casinos in integrated leisure complexes, video-gambling, video bingo, sports and non-sports betting.

The idea is supported by both the Ministry of Economy and Tourism, as an alternative to boost sectors of the economy. Thus, the bill only needs to be approved by the National Congress to end a seven-decade ban.

Located at Posto 3 on Avenida Atlântica, the Copacabana Palace was opened in 1923, next to the most famous beach in the country, Copacabana. The project has 239 suites and apartments, and the main building is about 11 thousand m². It has become world famous for hosting international celebrities, artist shows and movie scenes.

The casino operated until April 1946, when then-president Eurico Gaspar Dutra prohibited the practice throughout the national territory. From then on, the establishment needed to adapt, also starting to function as a theater, something that continues today.